Design at All Scales: Getting to Know Metro Arquitetos’ Work

With one of the most varied performances of contemporary architecture in São Paulo, Metro Arquitetos has built its legacy varying between different scales, from design to urban planning. 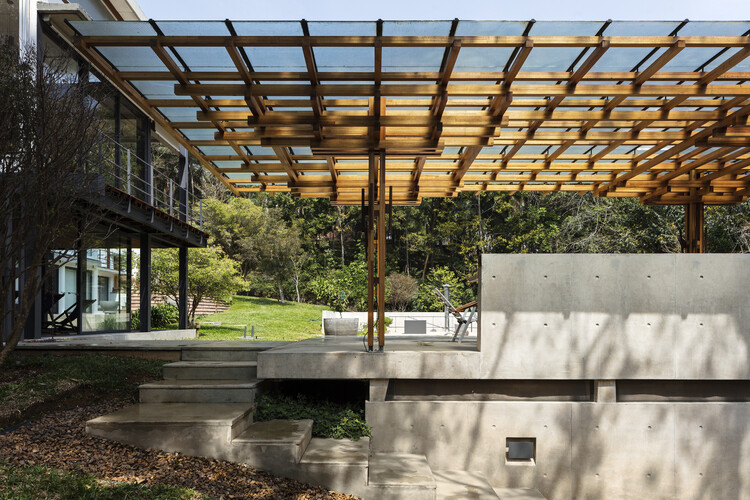 The office was founded in 2000 in the city of São Paulo by the architect and urban planner Martin Corullon, who holds a degree and a master’s degree from Faculdade de Arquitetura e Urbanismo da Universidade de São Paulo. It had as partners, until 2017, Guilherme Wisnik and Rodrigo Cerviño. In 2002 Gustavo Cedroni, an architect and urban planner graduated from Fundação Armando Álvares Penteado, joined the firm’s team and in 2007 became a partner – a position he holds to this day. Over these 22 years, the office has established a fruitful partnership with architect Paulo Mendes da Rocha, with whom Martin has collaborated since 1994, which resulted in projects such as Cais das Artes in Vitória, Espírito Santo.

Its production goes through different project scales and different areas of activity. In their work as architects, they dedicate themselves to detailing and technical rigor, prioritizing the uniqueness of each detail, even designing custom tiles and furniture for their projects of cultural, residential and commercial buildings. In more than twenty years of operation, Metro has developed pieces of furniture and objects as an integral part of the entire project, which are now gathered for series production.

With an important production of cultural buildings and projects and studies of public spaces, Metro’s architects are keen to promote the collective use of space. In recent years, the firm has partnered with the City of São Paulo in projects such as Centro Aberto or Ocupa Rua, or with clients such as Instituto de Tecnologia Aeronáutica, Itaú Cultural, Bienal de Arte de São Paulo, MASP and large companies such as Natura or Nestlé, designing from small shops and temporary exhibitions to museums, teaching spaces and theaters.

Partners Martin and Gustavo also had experiences abroad, in offices such as Foster+Partners, where Martin worked between 2008 and 2009, and OMA, where Gustavo worked in 2012. In addition, the firm has articles and publications in magazines such as Domus and Monolito , as well as having a project sent to the collection of Casa da Arquitectura do Porto.

Check out a selection of Metro Arquitetos projects below: