A Western Australian vegetable grower says prices spiked over recent months, especially for cauliflower, mainly due to reduced supply and challenges attracting a workforce to pick the produce.

Morning Glory Farms owner, Bevan Eatts says growers have been planting less and the pricing was definitely supply-driven, and there was a gap of a week or two where there were low volumes on the market.

“For one week the price of cauliflower reached $6 each, which I have never seen before in my life,” Mr Eatts said. “But the challenges have just been around labor. It has been hard to get people to help harvest the crops. First, the backpacker shortage and now people who are keen to work have their COVID Visa but they want to work in the mines. Trying So, there are a lot of growers who have cut back on their crops because of the labor shortage. There’s no point in planting crops if you cannot harvest. is cutting back their program in one form or another due to the lack of labor.”

He added the business has been growing cauliflower, sweet corn, beetroot and Spaghetti Squash – and he has found that demand has been quite high for a variety of reasons.

“Sweet corn has been extremely popular during the summer months,” he said. “But there seems to be demand for any fresh vegetable or fruit. I wouldn’t say there’s a shortage, but supply is probably just above the demand level. So, from a producer’s point of view, it has been good. We did some trials last year for beetroot and we have now expanded to 7,000 plants every fortnight, so we have orders for a tonne a week. drinking more juices, and cafes and restaurants are doing more with it. So, we are still learning about it and the best way to grow it, but so far it has been a good vegetable line.” 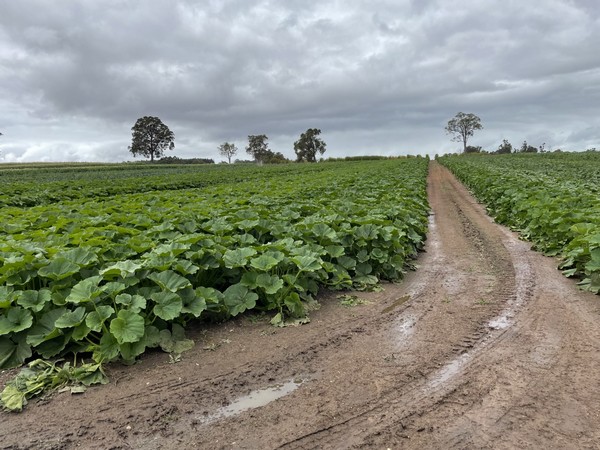 The Western Australian grower also supplies gourmet pumpkins to the foodservice sector, and they are proving to be a hit with consumers, with distinct differences from traditional pumpkin varieties.

“There is a new series that we have got; White Bron, Orange Bron and Night Bron,” Mr Eatts said. “They are mainly for the restaurant 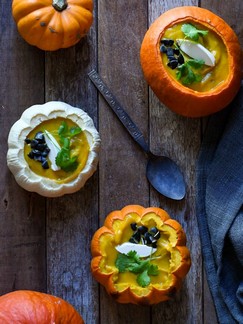 sector, and one of the things they do is hollow out the pumpkin and make soup and serve it inside the pumpkins. Popularity is down to the novelty and their appearance of them. They look quite cute and there is more of a chestnutty flavor to them.”

Morning Glory Farms is one of few growers across the nation growing Spaghetti Squash, and this year’s harvest is well underway.

“We are still selling most of our crop on the east coast, and still using stickers with QR Codes,” Mr Eatts said. “Demand is slowly building. It has been a slow process and last year we had some hail damage that affected the quality, but touch wood, this year the quality has been good so far, that’s not just Spaghetti Squash but all our produce, so if it can hold out for the next 4-6 weeks, we’ll be very happy. (The DiMuto blockchain stickers) has definitely meant we have been getting more enquiries and talking with the consumers directly. directly with the producers, so that has been good to get their feedback.”