From cover to cover, these nine recently released tomes highlight all that goes into exceptional design.

The details: Taking a documentary approach, this book by Amsterdam-based Studio Modijefsky offers insights into the research, programmatic considerations, and material and palette choices that go into designing a well-considered and lived-in space. But the designers go a step forward, focusing on how a hotel or restaurant has assumed its own inhabited life and how its visitors have further impacted it. Only then, they suggest, is the design journey complete.

The details: Mahdavi made waves in 2014 with London’s prettiest-in-pink Gallery at Sketch restaurant, but the Paris-based designer has been enamored with color since she opened her studio in the late ’90s. Showcasing her furniture and interior design, this monograph’s oversized pages are dipped in saturated turquoise, magenta, and chartreuse hues. True devotees will also gobble up the text, which includes a newsprint section featuring an in-depth interview with the Iranian-born designer as well as jotted notations in her own hand. 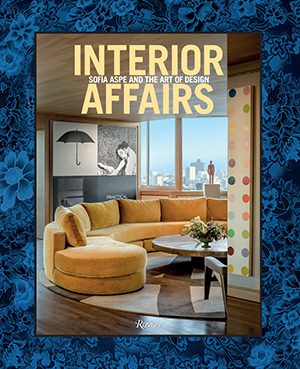 Interior Affairs: Sofia Aspe and the Art of Design

The details: In her introduction, the Mexico City-based Aspe emphasizes her recognition of our need for both playfulness and beauty. One way to achieve both, her work suggests, is via sensuous forms and vivid colors, drawn from the artworks that adorn her spaces or the views (beach, skyline, garden) that envelop them. With a maximalist aesthetic that, she writes, bets on “integration, never purism,” Aspe’s projects highlighted here are maximalist triumphs that encourage the eye to travel and travel some more.

Peter Marino: The Architecture of Chanel

The details: What one leather-garbed genius (Peter Marino) can do with a series of white boxes erected on the world’s toniest streets to pay homage to one bouclé-clad genius (Coco Chanel) is nothing short of amazing. Here, the New York architect examines his “variations of a theme” in 16 projects that feature Chanel’s singular motifs—pearls, black and white, interlocking Cs—combined with local forms such as the influence of Mies van der Rohe in the Chicago storefront and references to LA’s Case Study houses in the Beverly Hills boutique.

The details: Growing up in a household of six children, headed by parents who owned a popular tavern in Upstate New York, designer Shawn Henderson learned to value orderliness and hospitality. Those two qualities show up repeatedly in the 14 residential projects featured in these pages, which include ranches, farmhouses, and his own Greenwich Village apartment. Kicking off the book, its gracious seating arrangements, varied woods, masculine hues, and updated midcentury influences set the stage for the client work that follows. 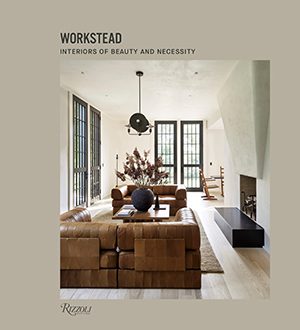 Workstead: Interiors of Beauty and Necessity

The details: Those familiar with the hotel interiors of these Brooklyn-based designers will find kindred sensibilities in the 10 residential projects featured here. Whether in the pleasing reoccurrence of caned surfaces throughout a Charleston, South Carolina carriage house or in the carefully articulated cabinets of the statement kitchens of several Brooklyn homes, the artisanal reigns. A concluding chapter devoted to the studio’s lighting brand sends home the message that craftsmanship, materiality, and a respect for traditional forms remain a hallmark for everything that Workstead touches.

The details: As might be expected for a firm whose roots lie in theory and process, this compilation offers detailed examinations of the brief-to-building process involved in 23 projects from the New York office of the Rem Koolhaas-founded practice. Packed with precisely 5,565 photos, drawings, maps, plans, and charts—all numbered and printed on thin magazine-style pages—this is a book to be pored over. Text-heavy introductions and interviews with other artists (including musician David Byrne, chef Alice Waters, and the late fashion designer Virgil Abloh) round out the presentations.

The details: The San Francisco-based Hollis’ prolific portfolio of highly curated spaces marries craftsmanship with timeless interiors and a modern spirit. Some of her work her is austere, with living spaces interrupted only by an occasional art piece or plant, while other projects burst with color. Horizontal lines and clean geometrics are a consistently elegant signature throughout her monograph her, which celebrates her bespoke interiors her. 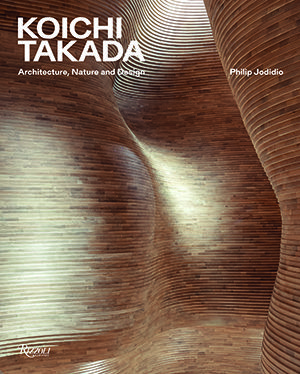 The details: This big, sprawling book juxtaposes the three elements of its title by examining 19 projects featured through the lens of its initial drawings and plans, the trees and deserts that shaped them, and ultimately, the building that resulted. Many are located in Australia, where the Japanese-born architect now lives, and which seems to offer the blend of primeval and futuristic that so appeals to him.