One of the most accomplished chefs of her generation, Dominique Crenn is also the first woman to earn three Michelin stars in America, notching the feat at her flagship Atelier Crenn. But she’s always tried to make the work in her kitchen her mean more than just delicious food. She ‘s been an active in advocating for environmental causes and in recent years she has led by example. In 2019, she announced that her restaurants would stop serving meat and shift solely to sustainable seafood and vegetables. She believes that meat production has such adverse effects on the environment that she had to make the change.

Now, she wants to help home cooks embrace more vegetable-forward cooking. So she’s the latest chef to star in a MasterClass and for hers, she’s exploring the wonders of the plant kingdom. The superstar chef has given us a glimpse of the class by sharing one of the dishes she shows how to make in her her video tutorial series.

When chef Crenn was a child, her family enjoyed Hachis Parmentier (French beef and potato casserole) as a Sunday dinner. This recipe is a vegetarian spin on the classic dish that she enjoys making with her own daughters.

The vegetables in this dish can change seasonally, but you’ll want to consistently include onion or leek for their aromatic qualities. As always, be mindful of the cook times for each ingredient: In general, denser vegetables—carrots, beets, winter squash—will need more time on the stove than broccoli, peppers, and summer squash. The goal is for each vegetable to have a toothsome texture that will contrast with the mashed potatoes and melted cheese.

For The Mashed Potatoes (Pommes Purée)

For The Glazed Vegetables 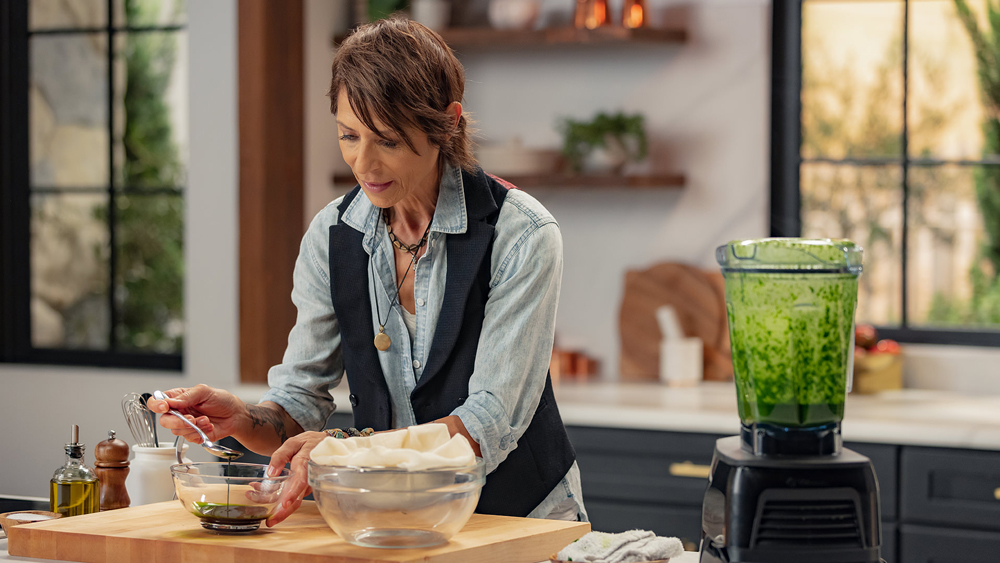 Start making the mashed potatoes by peeling them and then roughly cut them into small chunks. Place the potatoes in a medium pot and cover them with at least 1 inch of cold water. Bring the water to a boil over medium-high heat, then lower the heat to medium in order to maintain a simmer. Cook the potatoes until they’re soft and tender when tested with a knife, about 15 to 20 minutes.

In a small saucepan, warm the milk over medium-low heat, but do not bring the liquid to a boil. Using a spider skimmer, scoop the potatoes out of the water and strain them, letting all of the water drain out. Empty any excess water from the pot.

Once the potatoes are fully drained, place them back in the pot.

If you’re using a ricer: Working in batches, transfer the potatoes to the ricer. Pass them through the ricer into a large bowl, then add the butter.

If you’re using a handheld potato masher: Add the butter to the pot of potatoes and mash the ingredients with the potato masher.

Gradually whisk the warm milk into the potato-butter mash along with the butter cubes. If the texture is too thick, add warm water by the tablespoon until your desired consistency is achieved. Season the potatoes with fleur de sel or kosher salt and white or black pepper, to taste. For an optional smoother texture: Use a pastry scraper to scrape the potato mixture, roughly 1 c. at a time, through a tamis into a large bowl. Keep the potatoes warm until you’re ready to serve.

In a large pan set over low heat, combine the cooked vegetables from the three medium pans. Add 2⁄3 c. of vegetable stock and cook, stirring occasionally, until the liquid is almost entirely absorbed, about five minutes. After five minutes, season, with fleur de sel or kosher salt and pepper, to taste.

To serve, cover the Mashed Potatoes layer with comté cheese. Bake the Vegetable Parmentier in the oven until the cheese is bubbling and lightly browned, about 20 minutes. Alternatively, carefully and quickly brown the cheese in the broiler.