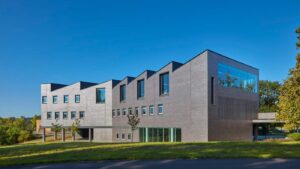 The event, 3-9 pm Thursday, March 31, at the Art & Architecture Building, features faculty from the University of Michigan Taubman College of Architecture and Urban Planning moderating panel discussions to invite reflection and input from design and public sector experts.

The symposium stands as a prototype for what the blended future of academic happenings could look like, making it possible to engage locally while still tapping into global expertise, and creating multiple layers of equity and access by ensuring that scholarship is not siloed from the communities they seek to impact, organizers say.

Accompanied by live music from My Detroit Players and DJ Los, the 2022 Wallenberg Symposium emphasizes diversity, equity and inclusion, allowing participants to experience the power of the arts while addressing and discussing cultural issues.

“It’s a way for us to first equalize the playing field between the international experts and our Detroit-based experts to make sense of what is considered in a scholarly manner and understand how it really impacts communities and how we work and live,” said Anya Sirota, associate dean for academic initiatives at Taubman. “We treat everyone equally in their expertise. I think that’s very important for us from a DEI framework. Scholarship is not disengaged from local actors. We’re in it together.”

Social impact design bridges many disciplines, attracting those seeking to address humanitarian issues and to make a positive impact in the world. But how does this field adapt in the face of immense social transition, political reckoning, and ecological crisis?

The public forum convenes artists, architects, urbanists, activists and thinkers from around the world to evaluate and discuss ways to meaningfully intervene. It places architecture, art, culture, music and political activism on equal footing. In the process, the event showcases work that equitably addresses social problems, especially in places where design is traditionally unavailable or inaccessible.

Sirota said that the idea of ​​questioning expertise makes the symposium different from similar events in that it asks students and faculty to learn from each other, equalizing the production and source of knowledge. Short workshops are held after each speaker’s presentation, providing a platform to “hash out the ideas live” and collectively digest their hypothetical impact.

Bringing in high-level musicians from Detroit helps to debunk the idea that entertainment arts and scholarship are separate, Sirota said.

“All of this is not about how DEI is aspirational. It’s actually living the concepts by introducing radical horizontality in terms of who produces new knowledge,” she said. “For me, this is a DEI framework lived and not projected. I think we’re going to work very hard to start living by this ethos and these concepts. Rather than planning for the future, I think we’re going to start now.”

Sirota and Jose Sanchez, a Detroit-based architect, game designer and theorist, are moderators for the event, which is also sponsored by UM Public Design Corps.

The Collectif Etc. (Maxence Bohn) is a nonprofit organization based in France that collaborates with local communities to address the use of public spaces.

Chokwe Antar Lumumba is the mayor of Jackson, Mississippi.

Niklas Maak is the arts editor of Frankfurter Allgemeine Zeitung and an architecture theoretician working in Berlin.

Mitsuhiro Sakakibara is a Kyoto-based architectural and urban researcher.

Tatjana Schneider is a professor for history and theory of architecture and the city at the Technical University Braunschweig, Germany.

Sherrine Azab is the co-director of the Detroit-based theater ensemble A Host of People.

Jake Hooker is a writer, director, projection designer, scholar and educator. He teaches in the UM Department of Theater.

Billy Mark is an interdisciplinary artist who lives and works in Detroit.

The symposium continues the tradition of honoring the humanitarian work of Raoul Wallenberg, a Taubman College alumnus distinguished for his courageous actions in German-occupied Hungary during World War II.

Back to News + Stories