A Tasmanian berry grower says it will take a careful approach to expansion, despite the significant increase in demand for its fruit concentrate created by a new exciting partnership with a beverage giant in the state.

Westerway Raspberry Farm is the largest processing berry grower in Tasmania, and this month announced that it will supply Asahi Beverages with 50,000 kilograms of raspberries replacing imported berries from Poland. Owner Richard Clark says this opportunity stretched his supplies, and while it will lead to more plantings, he cannot rush into thinking too far ahead.

“They were keen to take more fruit than we had available,” Mr Clark said. “We had to, unfortunately, set a limit of 50 tonnes, just because we have other customers we have been supplying for around 20 years and we didn’t want to cut them off. We will be growing more, and we have planted some Last year, which will be in full production next year. But we do things slow and steadily, and while it would be possible to have a lot more supply in 18 months, we have seen booms and busts. So, we will approach this with At the moment there is more demand for Australian frozen/processing fruit than ever before, but a lot of that is because of shipping issues and the dollar is not as strong as it used to be and conflicts in Eastern Europe (one of the largest berry growing areas in the world). Our stocks in our freezer have never been lower, and we are out of stock in terms of some of our core lines, but how long that lasts is anyone’s guess. Planting a crop that takes 2-5 years to reach full production could result in biting off more th an we can chew. So, we are working with Asahi to manage that risk through things like long-term supply agreements.”

Westerway has had a long-standing relationship with Cascade in South Hobart, owned by Carlton United Breweries, since 1994 supplying them with blackcurrants for a “locally well-loved and known brand” called Cascade Ultra C Syrup, and in 1997 planted raspberries to supply and expand the syrup lines. In 2012, Mr Clark explains that Coca-Cola Amatil took over Cascade’s non-alcoholic brands, as new CUB owners, SAB Miller, were no longer looking to produce those syrups anymore.

“In the space of a year Cascade went from being a customer to a supplier, and we continued that relationship through their various owners, which now is Asahi. But while there has been a lot of transitions going on, our relationship with Cascade South Hobart Under Asahi’s ownership, we have found that they have been willing to try different things, including proposals for strawberry and blueberry concentrates, in addition to our existing raspberry and blackcurrant concentrates.” 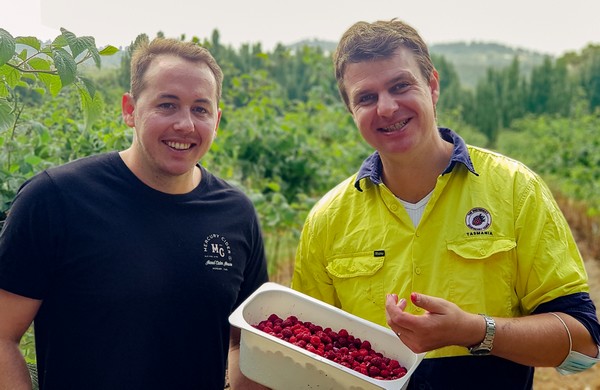 Last year, in the midst of the COVID-19 pandemic and supply challenges, Asahi were stretched sourcing raspberry concentrate, especially given that a large portion of frozen berry products around the world is sourced in Eastern Europe. Not only is there a conflict in the region, but last year there were massive shipping delays due to the blockage in the Suez Canal and shortages in shipping containers and freight more broadly.

“Asahi reviewed their internal procurement procedure and decided they needed to look more locally, and they had this wonderful factory in South Hobart, and a wonderful grower of berries with 30 years’ experience,” Mr Clark said. “They had a short-term supply shortage which we were able to help with raspberry concentrate that we had on hand in our freezers. Then, when they quality tested the products they made with our berry concentrate – which is in fact the same concentrate that they made themselves in their factory with our berries – they realised they had a real quality product with a discernible difference. Last year we went back to being a supplier as well as a customer of Cascade and Asahi and we got into the conversation of making this a long-term arrangement. It’s wonderful because it’s more of a partnership where we are working to increase their efficiency , and they are helping to increase our yields and investing in plant and machinery. So, it all bodes well for the state’s fruit industry.” 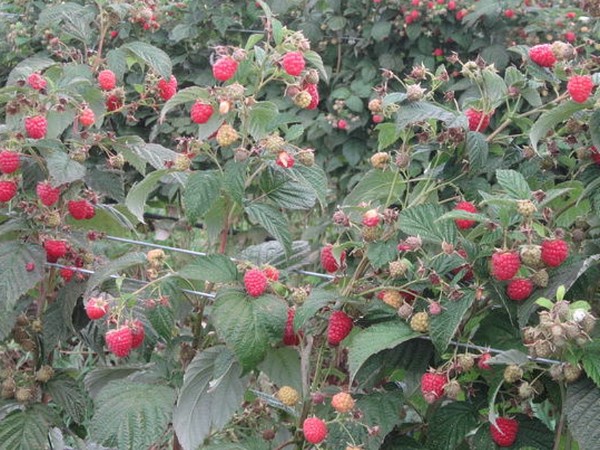 The new partnership will see the concentrate not only used in Mercury Cider, one of Tasmania’s most popular beverages, but also under the Asahi Beverage umbrella are craft beer and non-alcoholic lifestyle beverages brands covering Schweppes, Spring Valley fruit juice, Cottee’s cordial, and Pop Tops.