The person: Geoff Snack, a 37-year-old senior strategist at the design agency Jam3 and instructor at OCAD University

The place: An industrial loft in Roncesvalles

Geoff had been renting a cookie-cutter, 600-square-foot condo in the Junction for more than seven years when the pandemic made him reassess his living arrangement. He’s a collector of eclectic and esoteric furniture, lighting and books, and his treasures his started to feel out of place in his basic condo his. They needed breathing room and a more worthy setting.

Geoff’s collection ranges from the 1960s to the 1980s, along with a few earlier Jeanneret cane chairs thrown in. He’s a fan of singular, if sometimes impractical, items that prioritize form over function, such as creations by the Memphis Group. “There’s nothing worse than too much good taste. I don’t want my place to feel Scandinavian and ‘minimally appointed everything’—that’s really boring,” he says. “My design philosophy is ‘a bit gnarly and a bit ugly, but good.’ ”

In April of 2021, Geoff found the ideal blank canvas to house his collection: a 1,000-square-foot loft inside a former ball-bearing factory in Roncesvalles, with 20-foot ceilings, exposed ductwork, concrete floors, a mezzanine bedroom and a tucked-away kitchen. After moving in, he painted the dark-grey walls white and added shelving. Geoff arranged his furnishings in vignettes, gallery like, and set up an unusual mix of lighting and furnishings by the entrance. 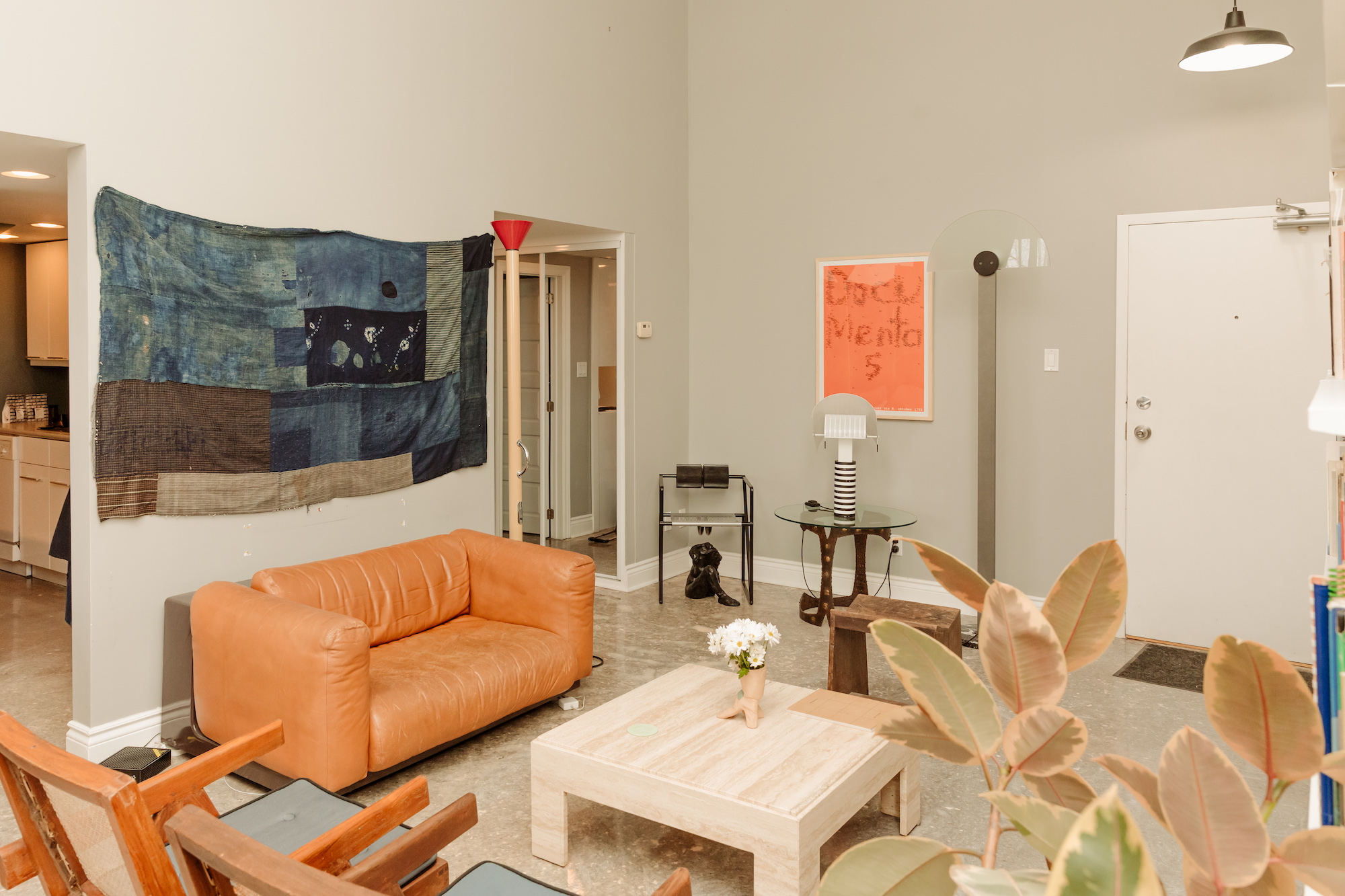 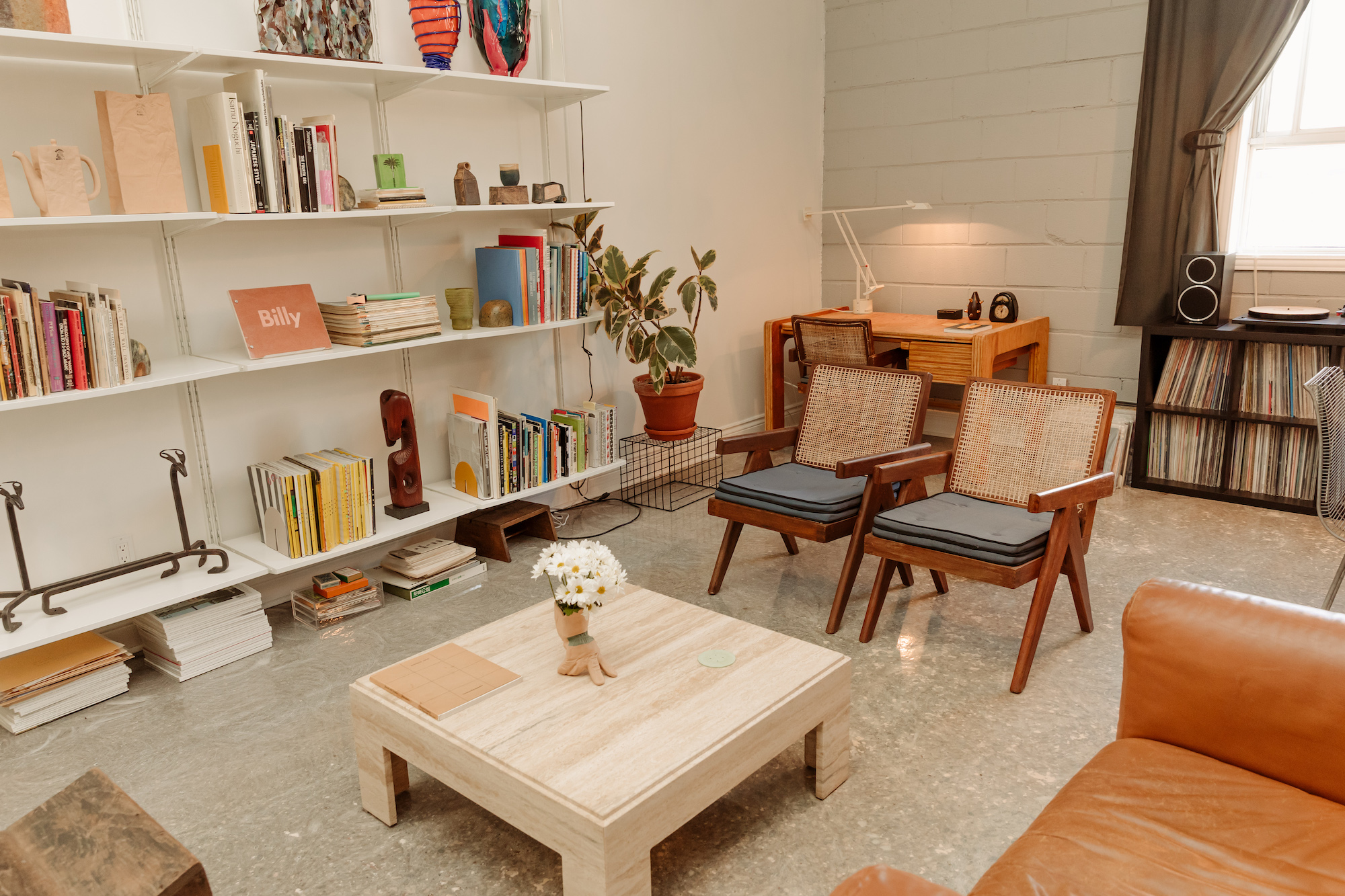 The shelving is by IKEA and the leaning sculpture to its left is by Canadian artist Jiri Ladocha, circa 1978. Snack purchased the sculpture from Instagram-based design shop Teak Toronto: 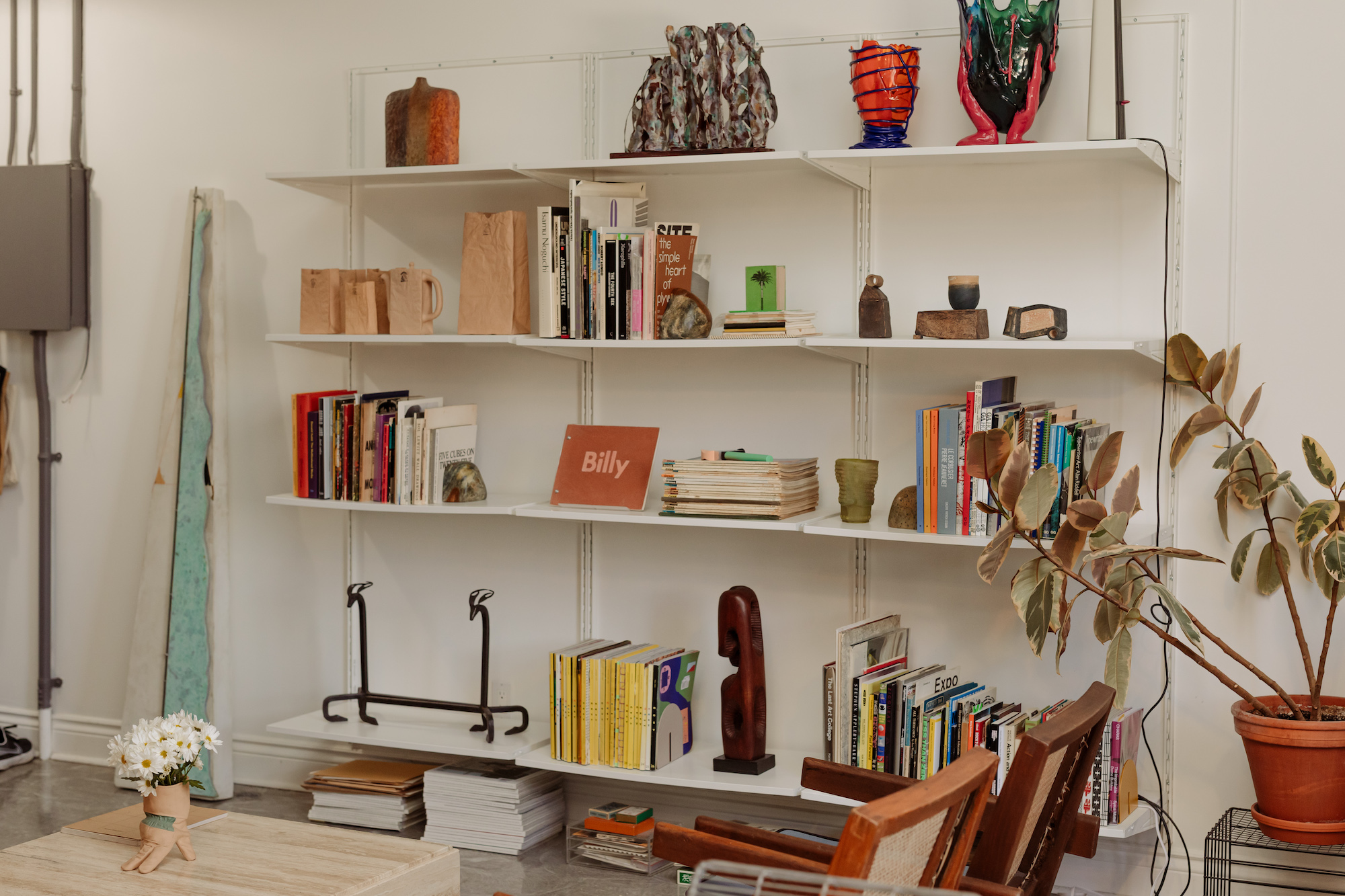 Among his many curios are rare books, vases and a pair of andirons. The minotaur-like supports (bottom left) are from Leonard Tomkinson, a local dealer. Italian architect Gaetano Pesce’s orange and blue Spaghetti vase (top row, third from left) looks like glass but is made of squishy plastic: 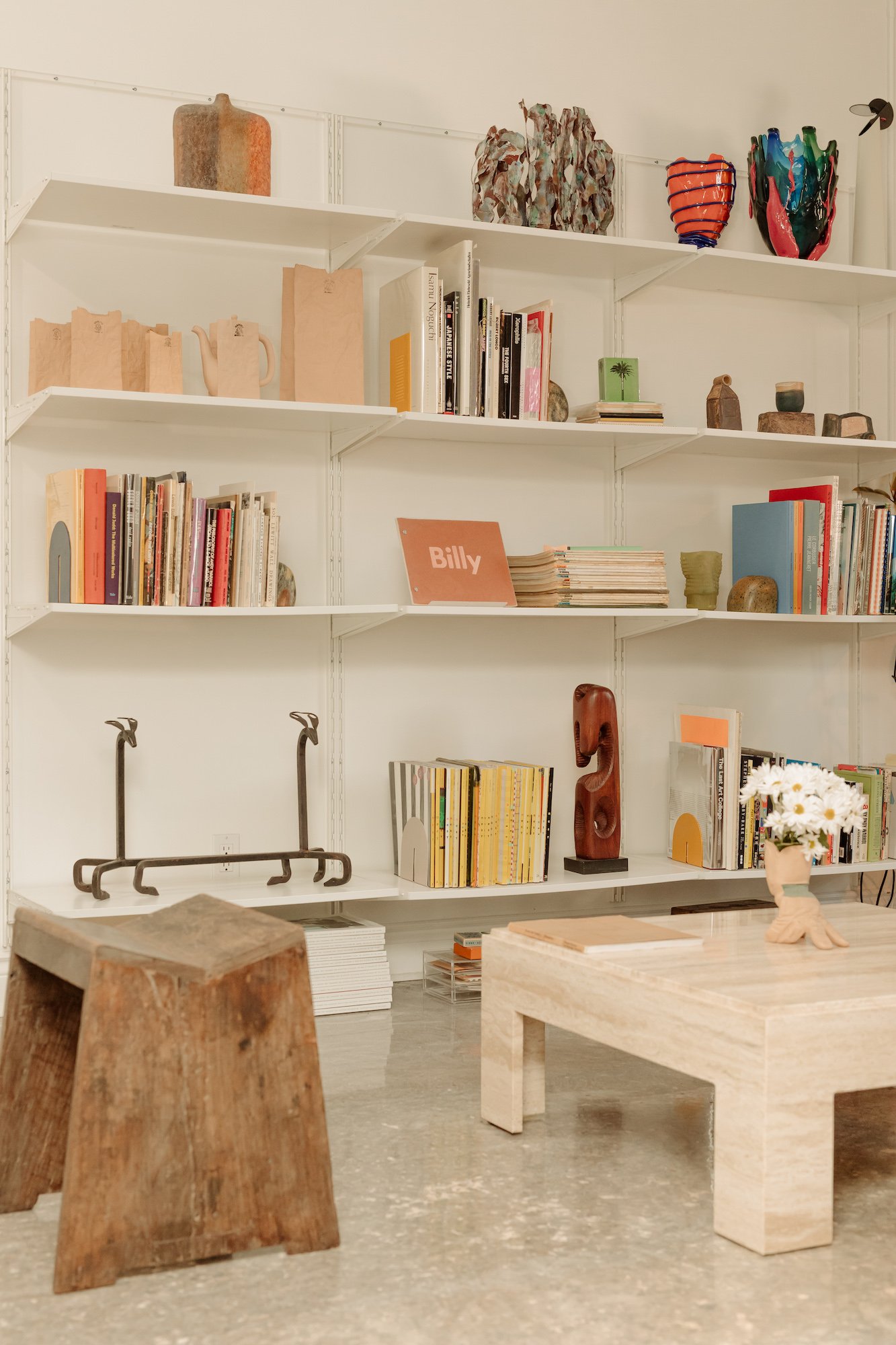 Geoff is the founder of pop-up shopping concept Wrong Answer, hawking vintage and rare books on art, architecture and counterculture. The first iteration took place in his loft his a few months after he moved in and was followed by a store on Ossington in March : 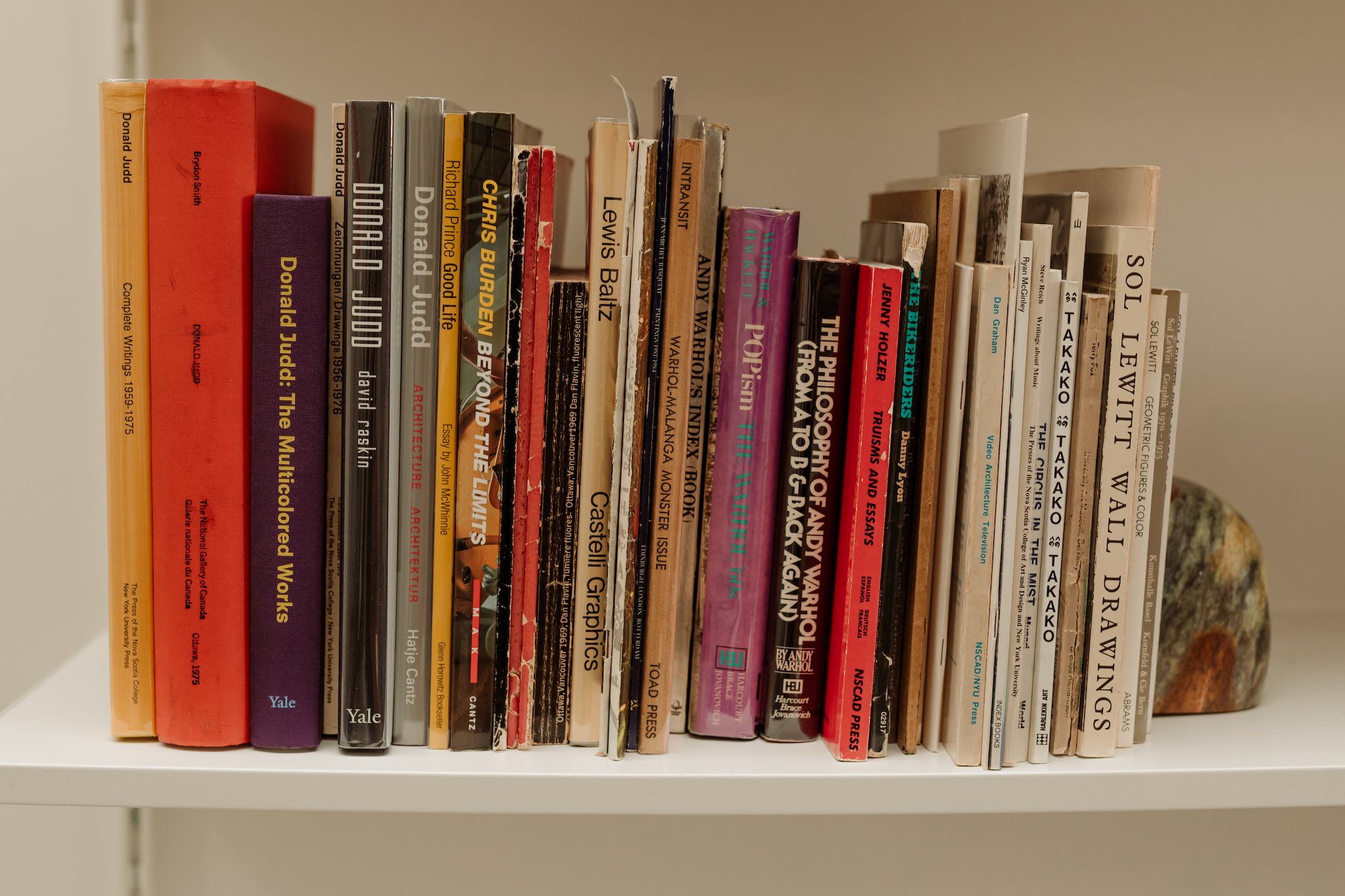 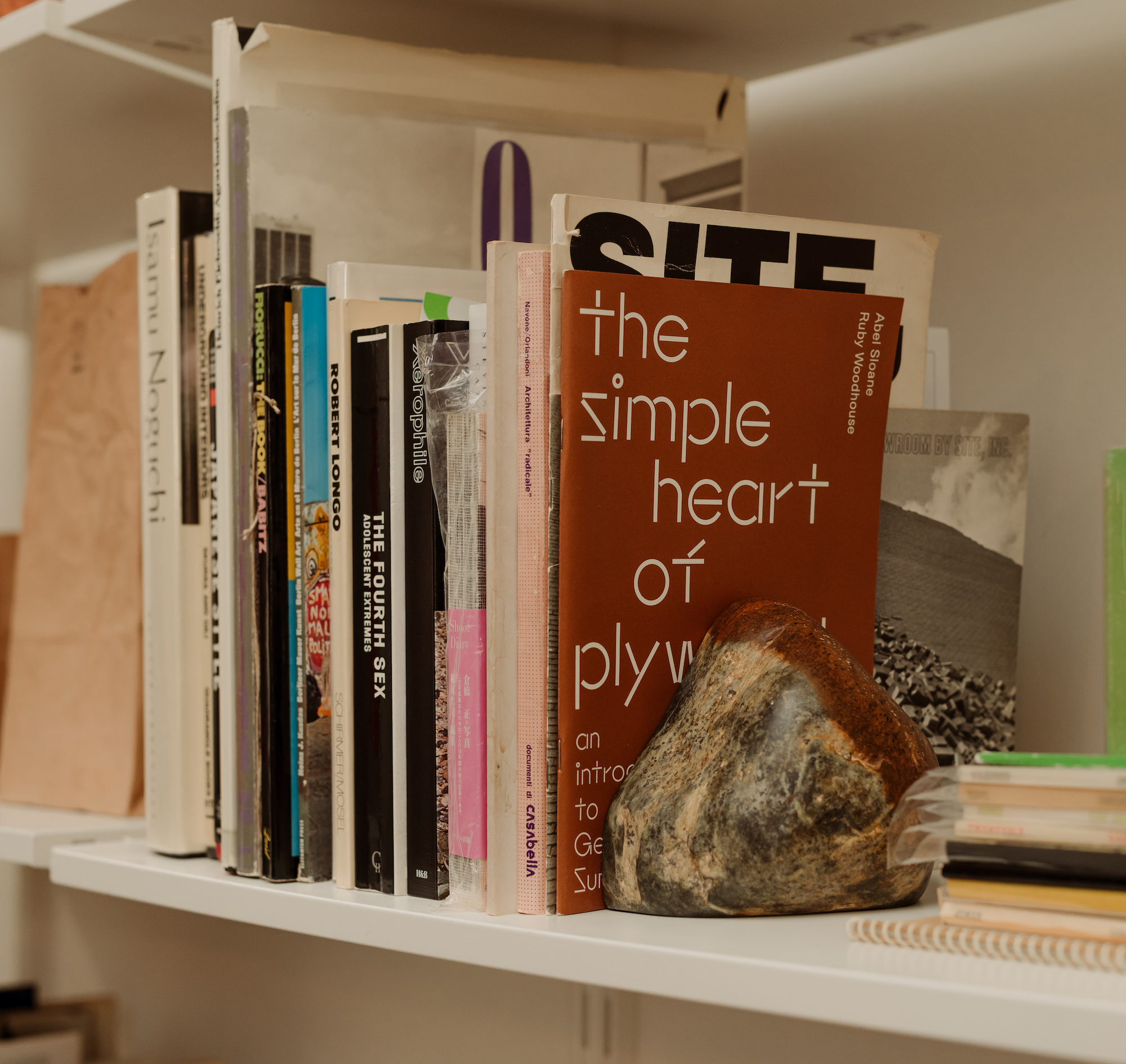 These trompe-l’oeil paperbag vases and tea pot are by Canadian ceramist Michael Harvey. “Harvey was doing absurd pop art ceramics long before it was in fashion,” Geoff says: 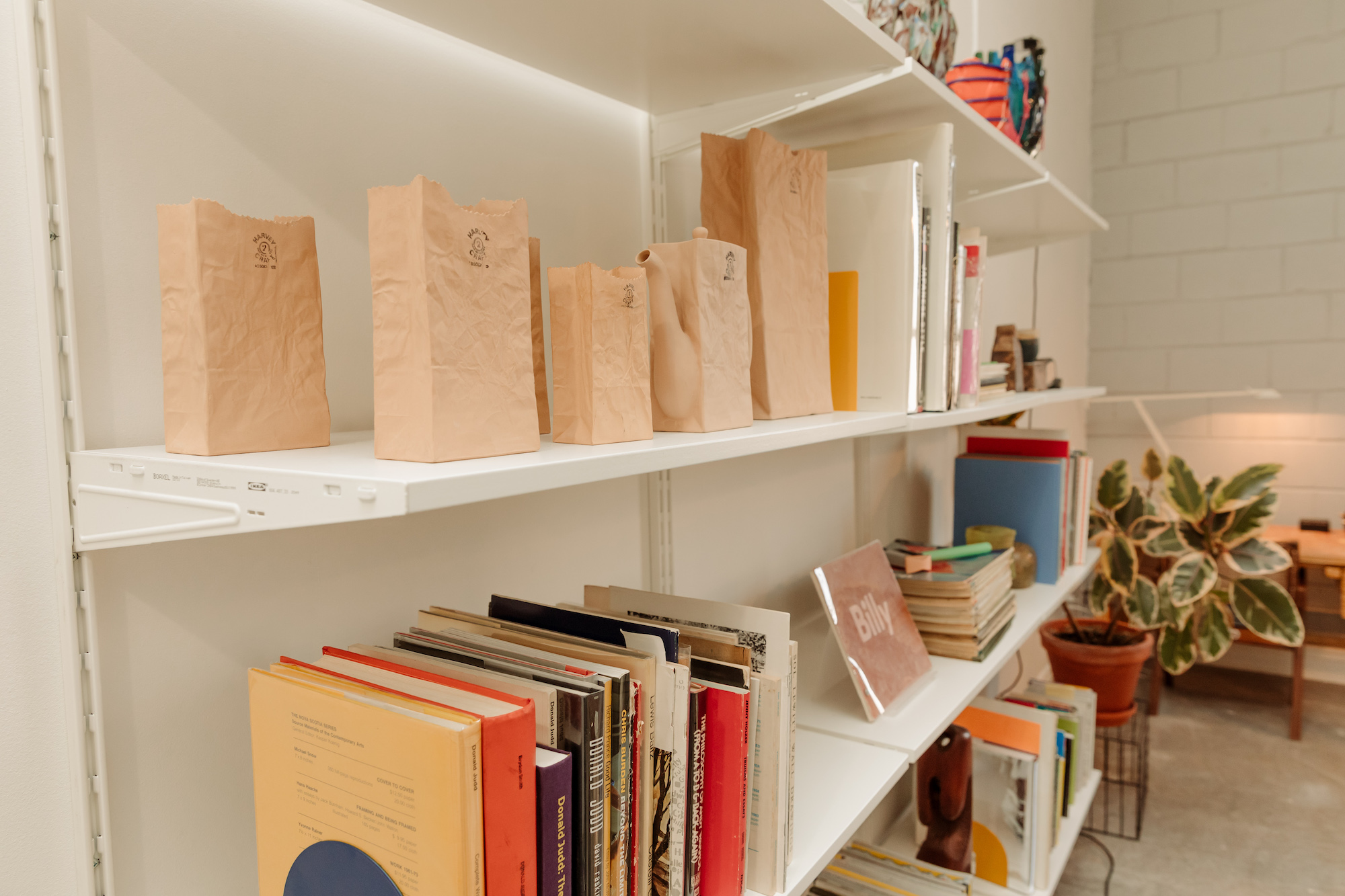 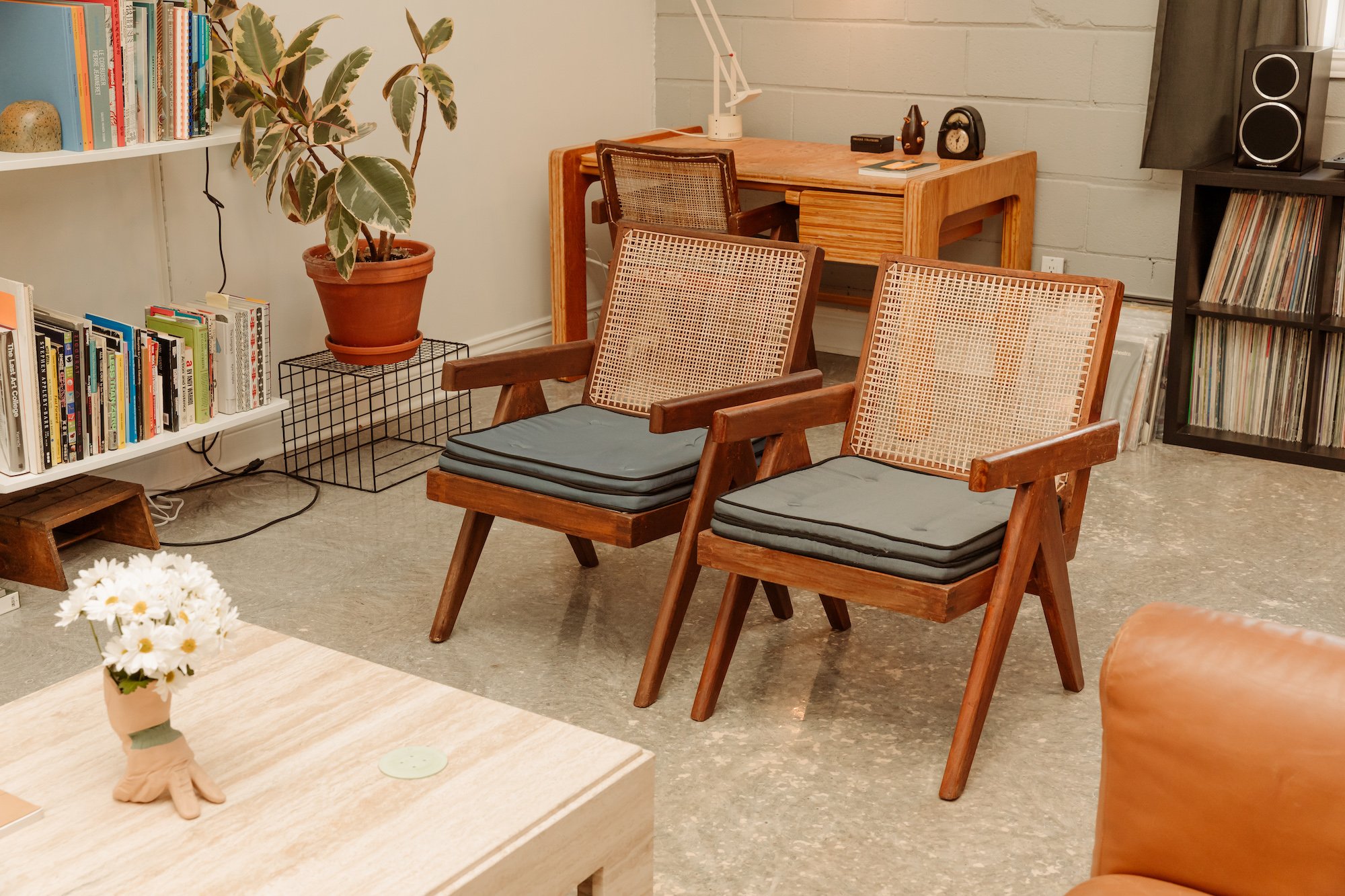 “I like that my desk has an interesting profile,” says Snack. “I love how chunky it is”: 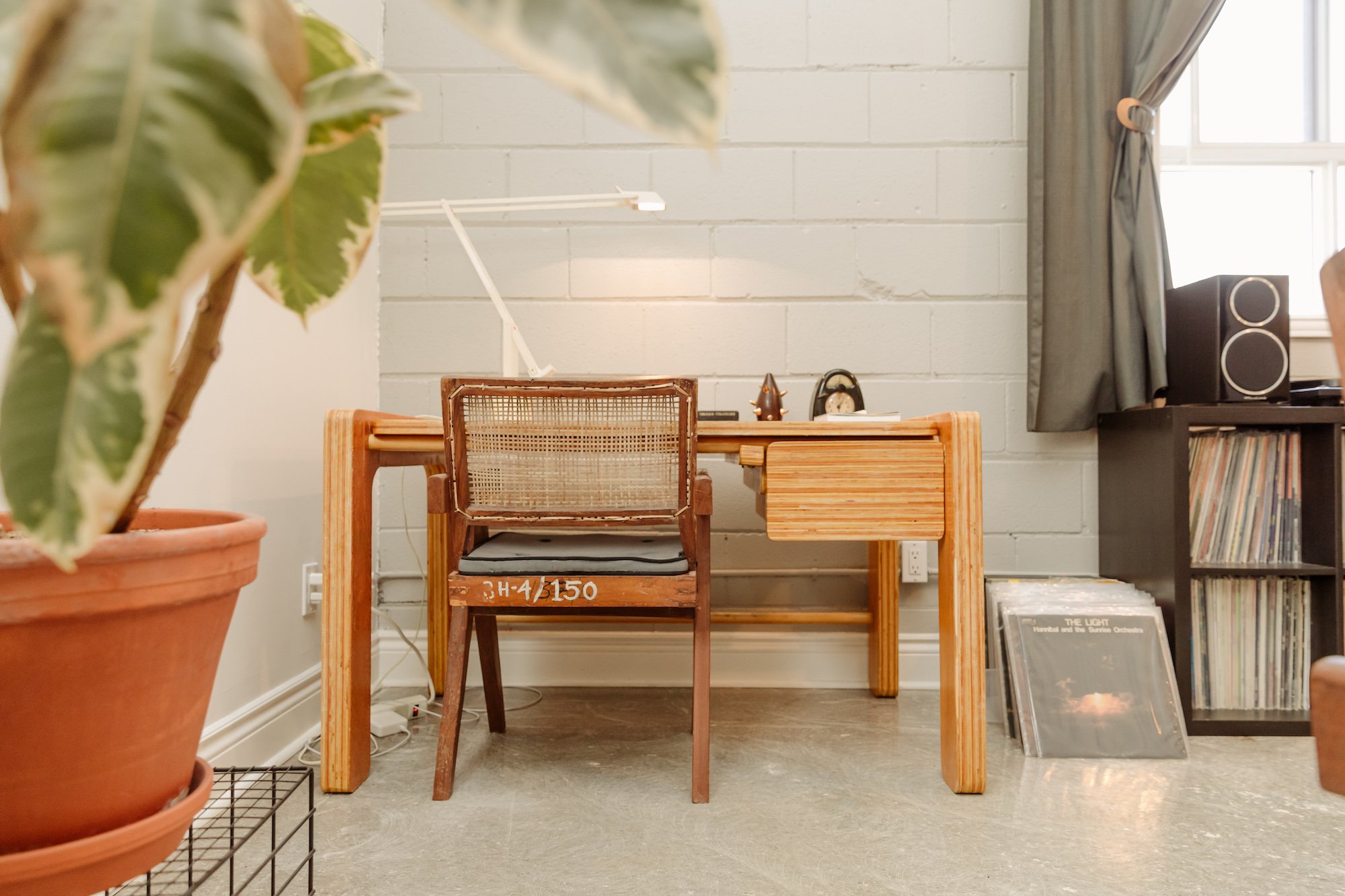 The Tizio lamp from Artemide is a classic. “If you look at old architecture magazines, it’s everywhere,” he says. He bought the hard-to-find Bakelite Noguchi clock at Porch Modern: 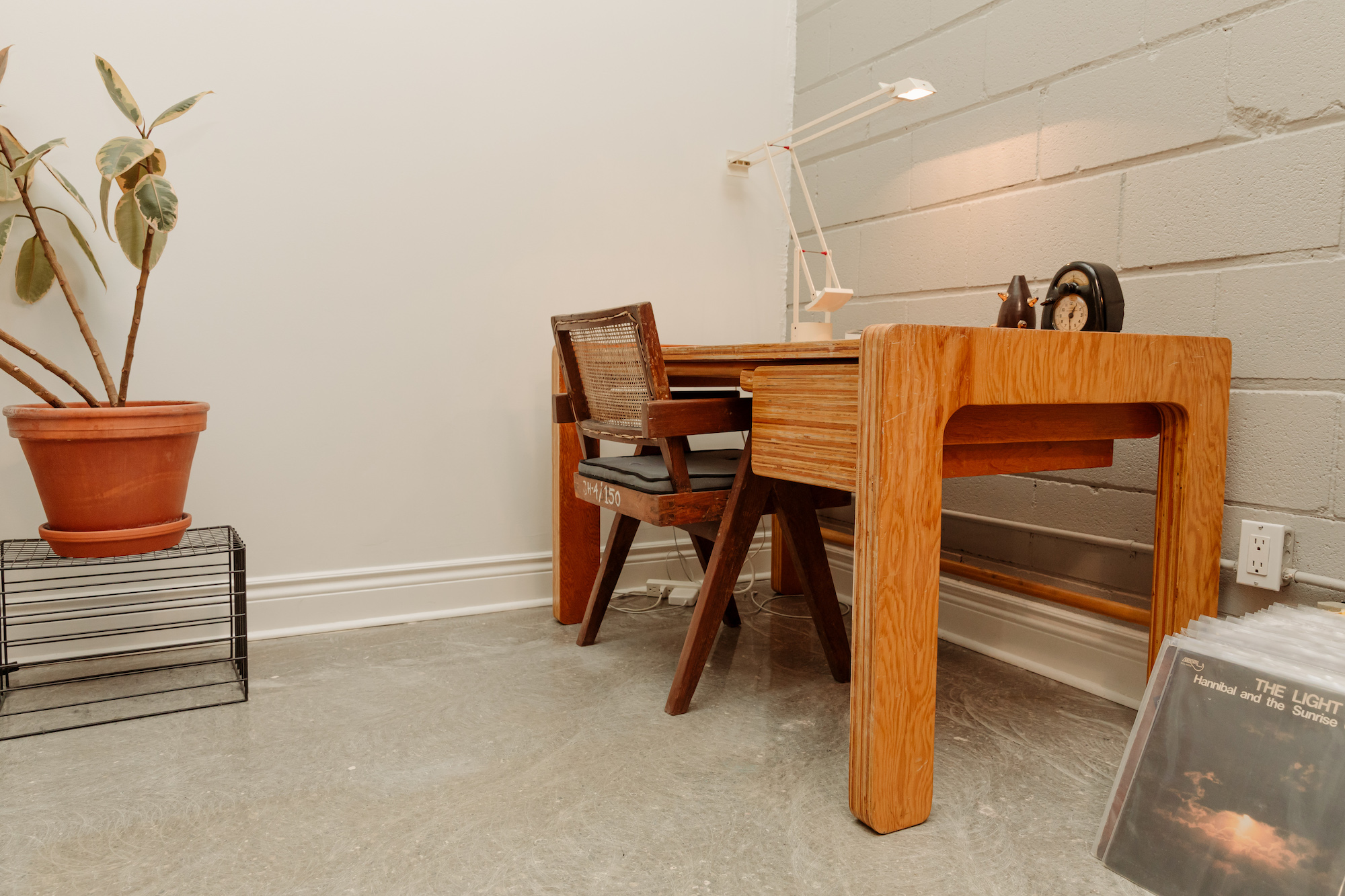 The Memphis-inspired striped Shotgun Lamp and the Seconda Chair are by Mario Botta. The base of the glass table is a hollowed-out antique barrel. The tallest lamp is by Hans Von Klier, also from the ’80s. “I had it shipped from a seller in Montreal from 1st Dibs,” Geoff says. 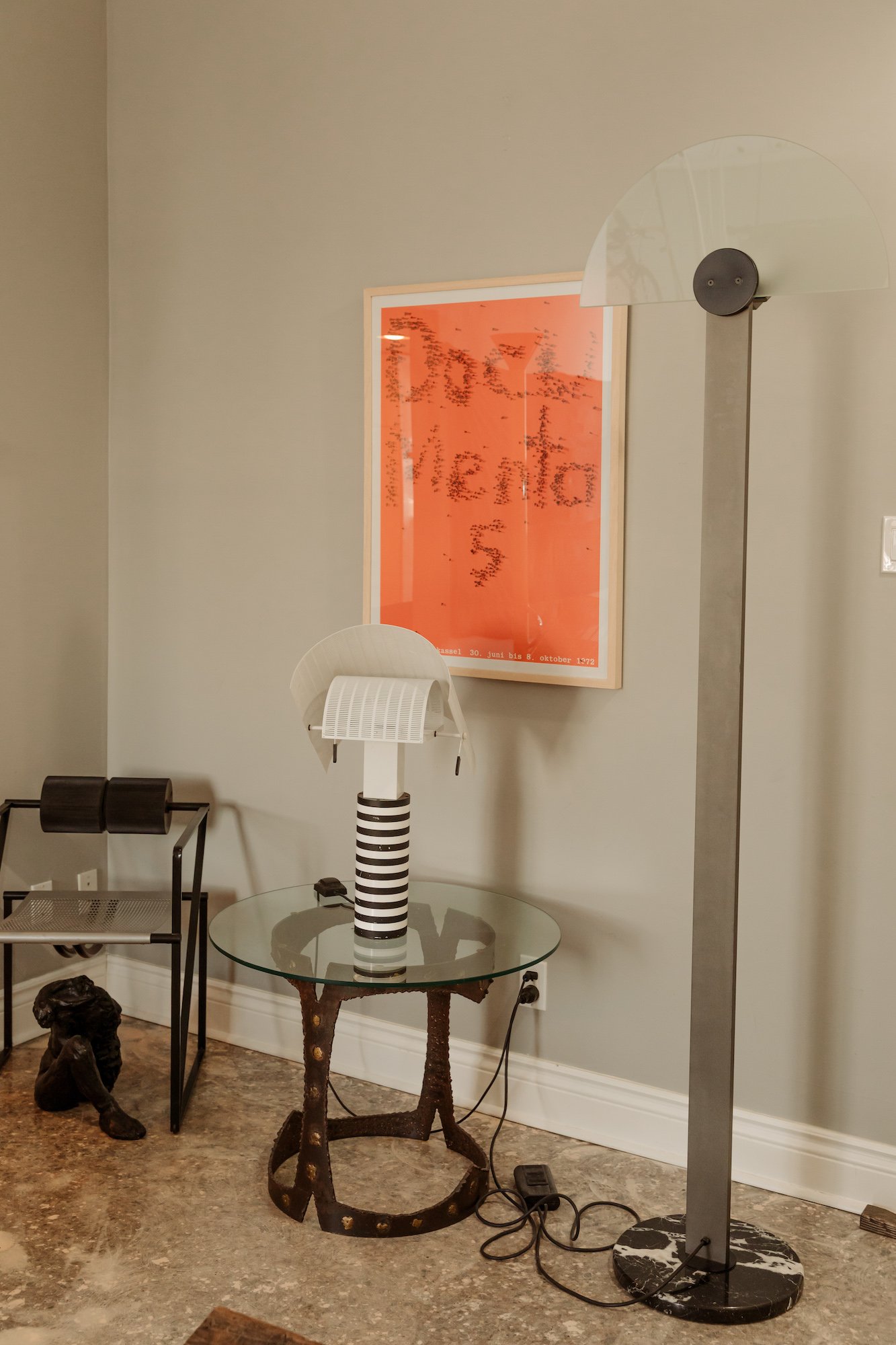 The Italian architect Cini Boeri designed the sofa. The tattered tapestry (an early 20th-century boro fabric from Coffee and Clothing) hides the previous tenant’s TV wiring. “I watch Seinfeld and Frasier on my laptop,” Geoff says. 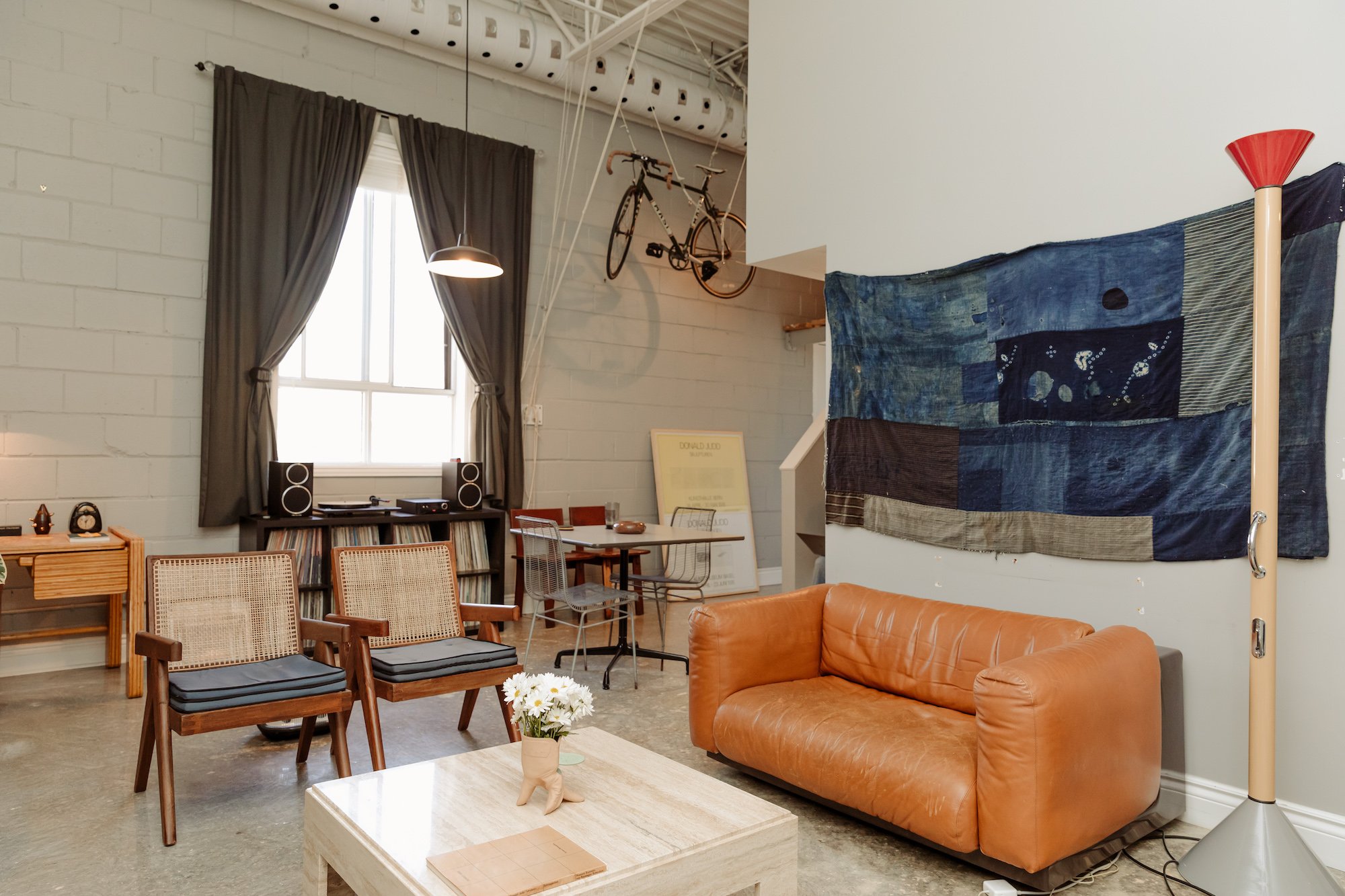 Geoff’s favorite item in the loft is this Jeanneret sewing stool—it dips inward to catch fallen needles—that was designed for Le Corbusier’s Chandigarh development in India: 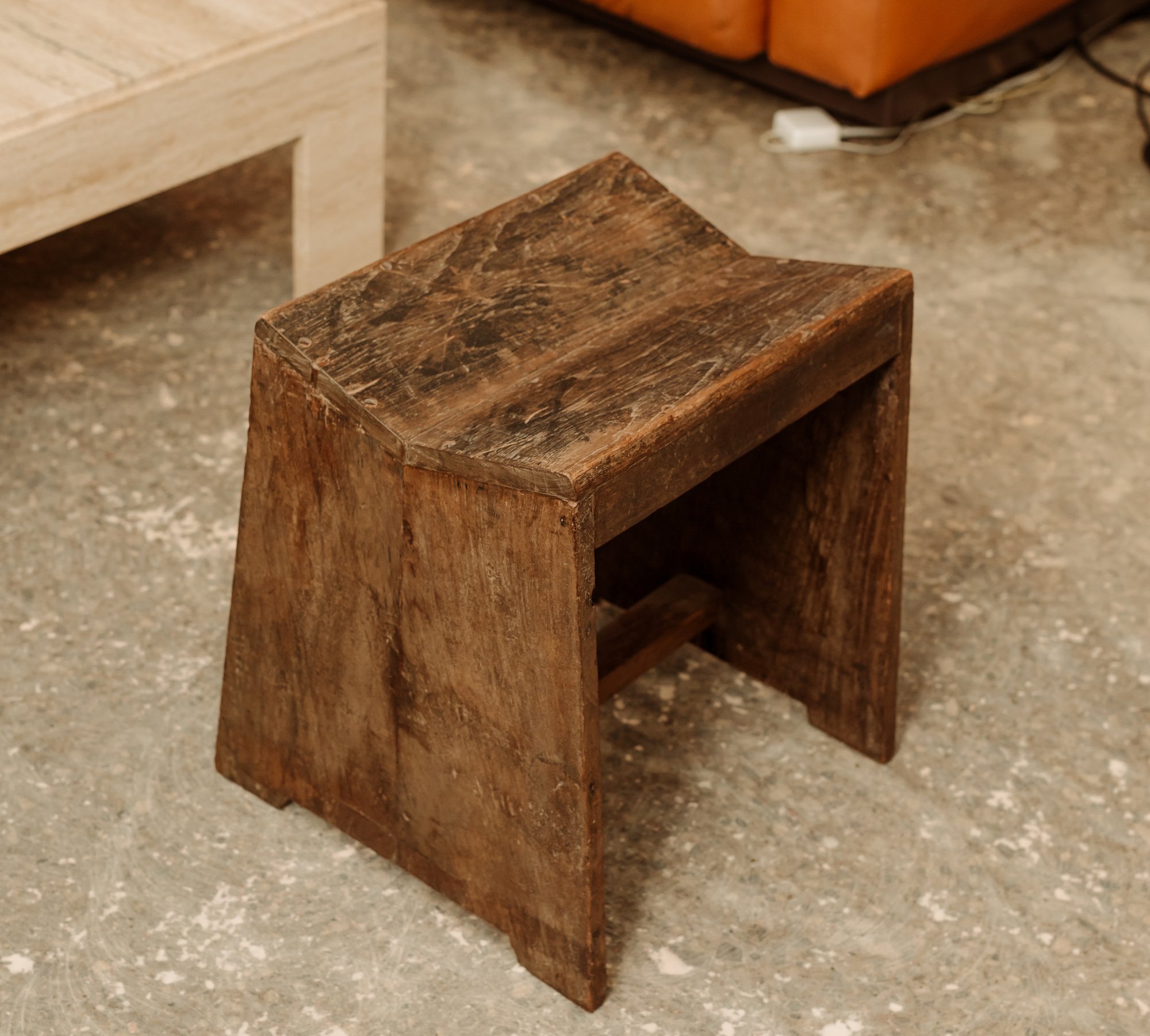 The framed poster diptych against the wall is of a Donald Judd exhibit from 1976: 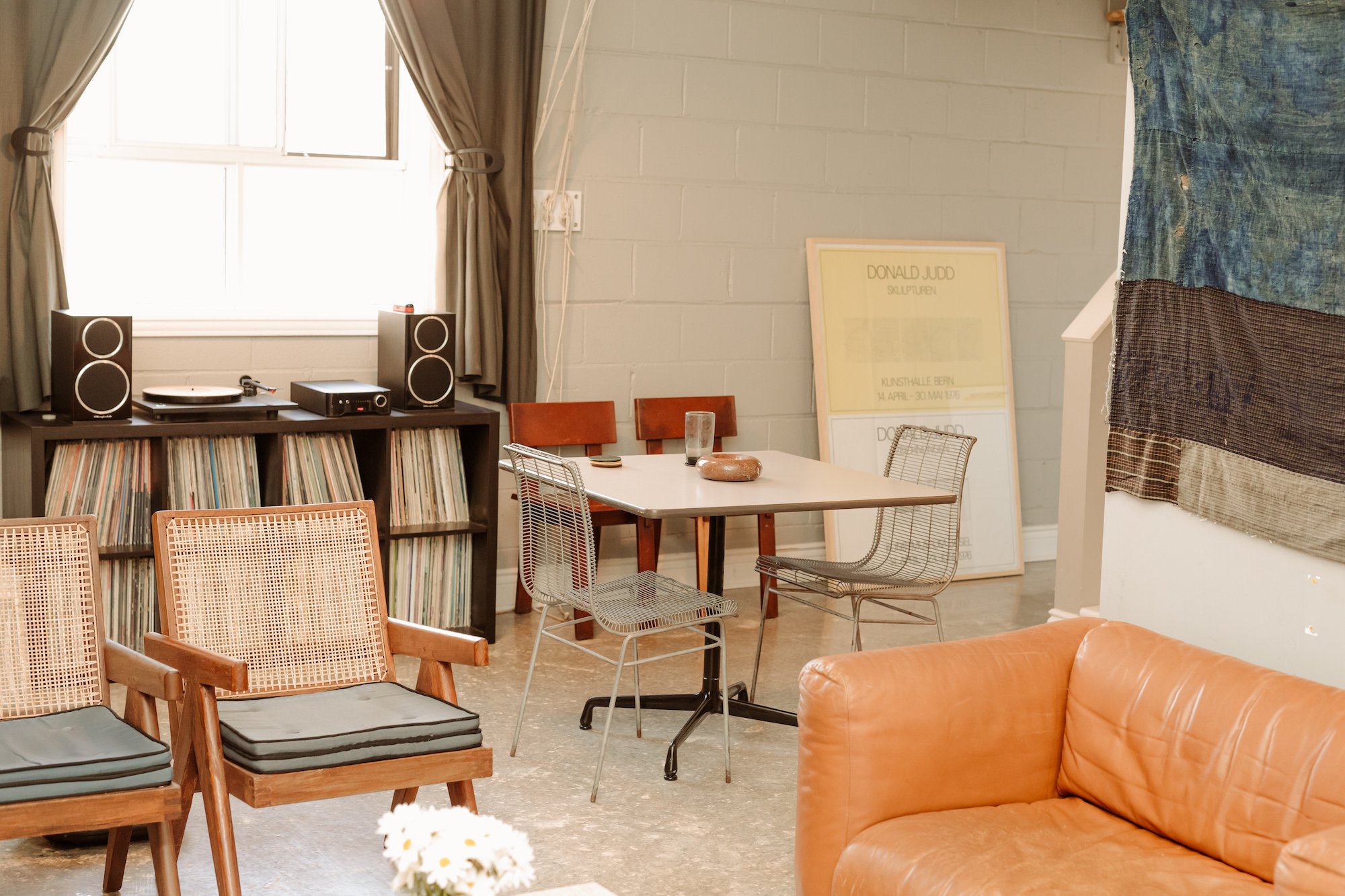 The donut-shaped marble ashtray is by Italian designer Sergio Asti: 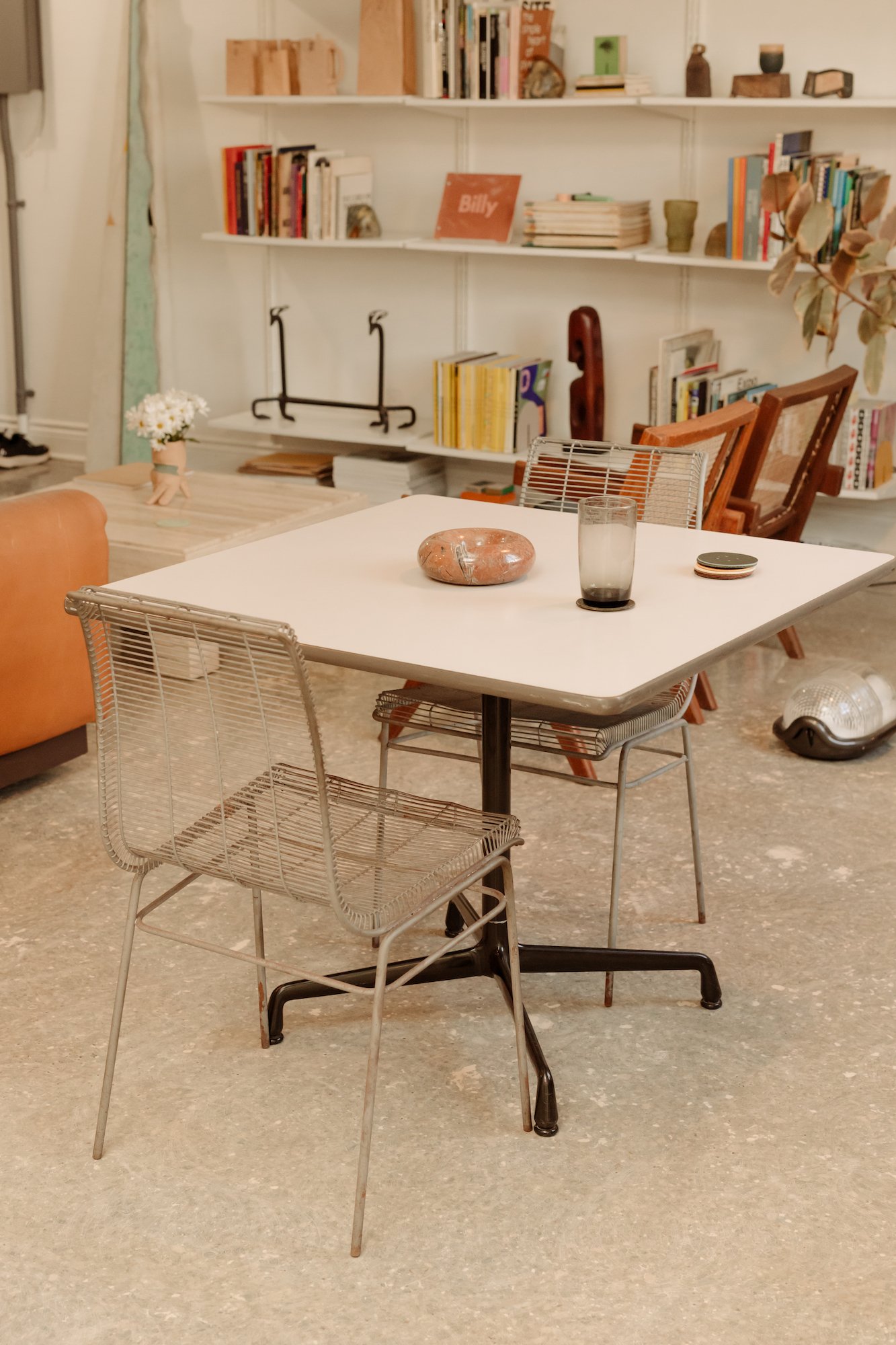 In the kitchen, the Oddfellow coffee set-up has gallery good-looks: 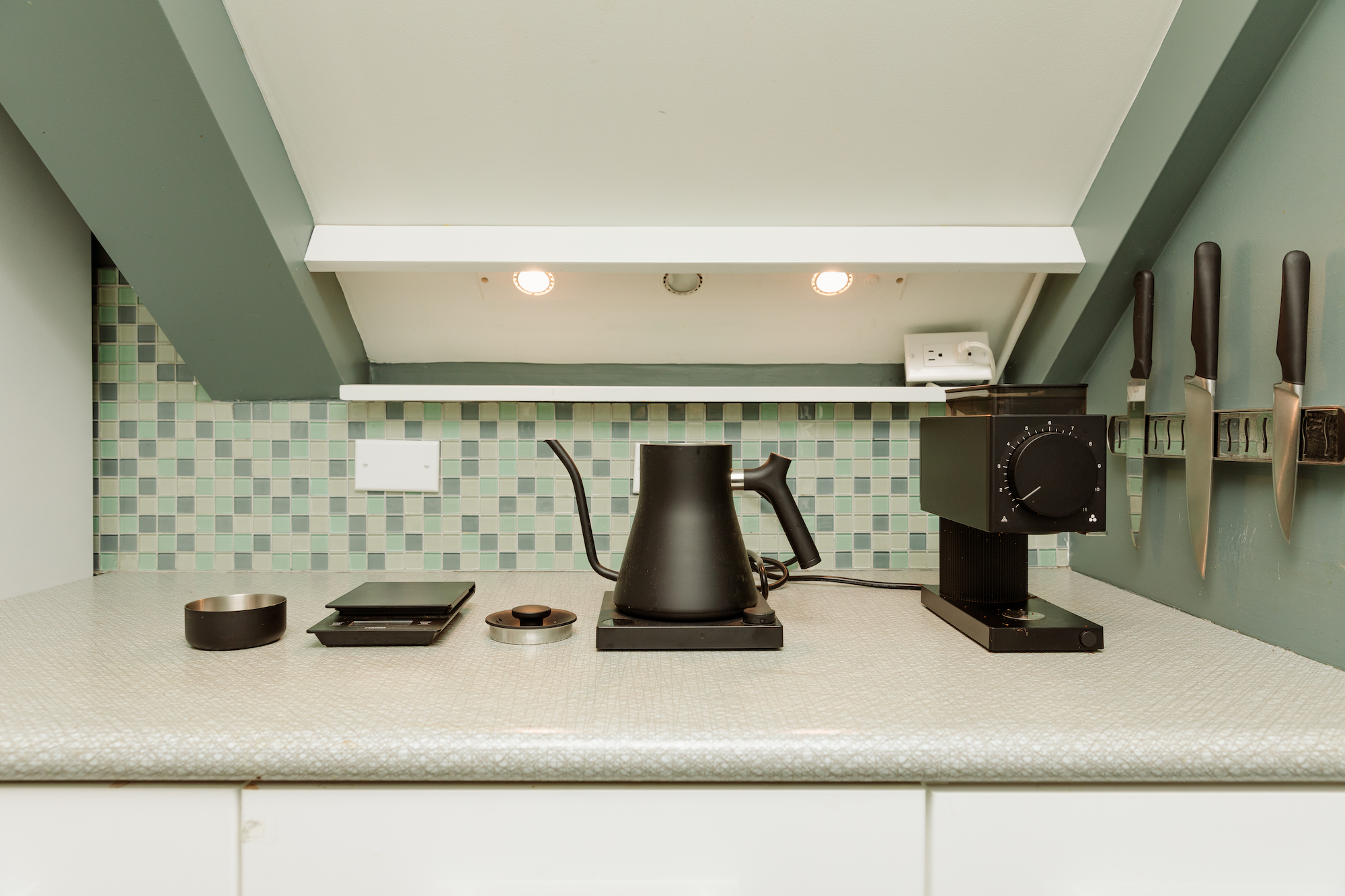 Geoff sleeps in this loft area. Perched on the rafters nearby is a ceramic sculpture from Jaspa Shop. The model house was a gift: 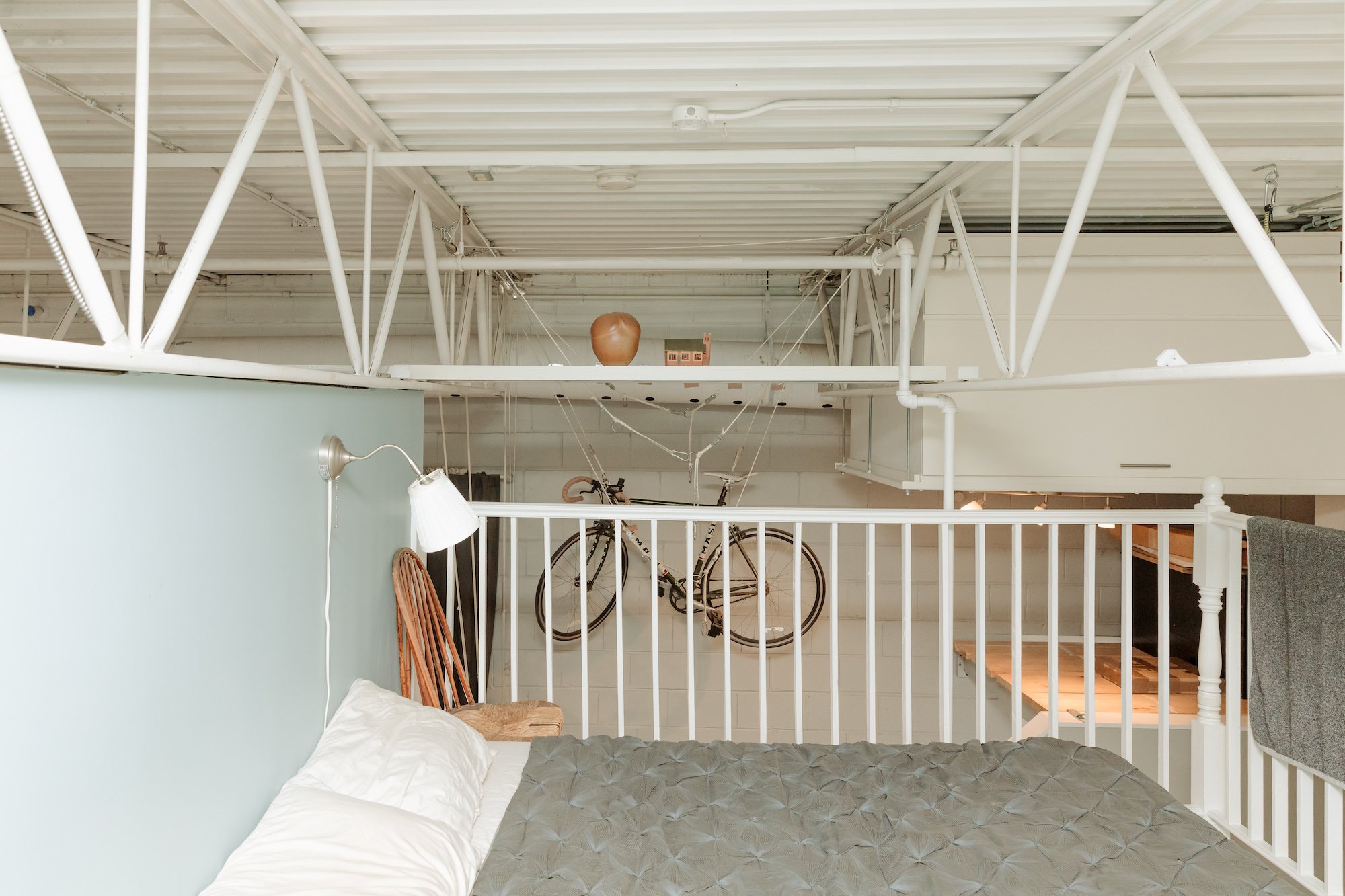 Geoff stores his bike using a pulley system already in the loft when he moved in: 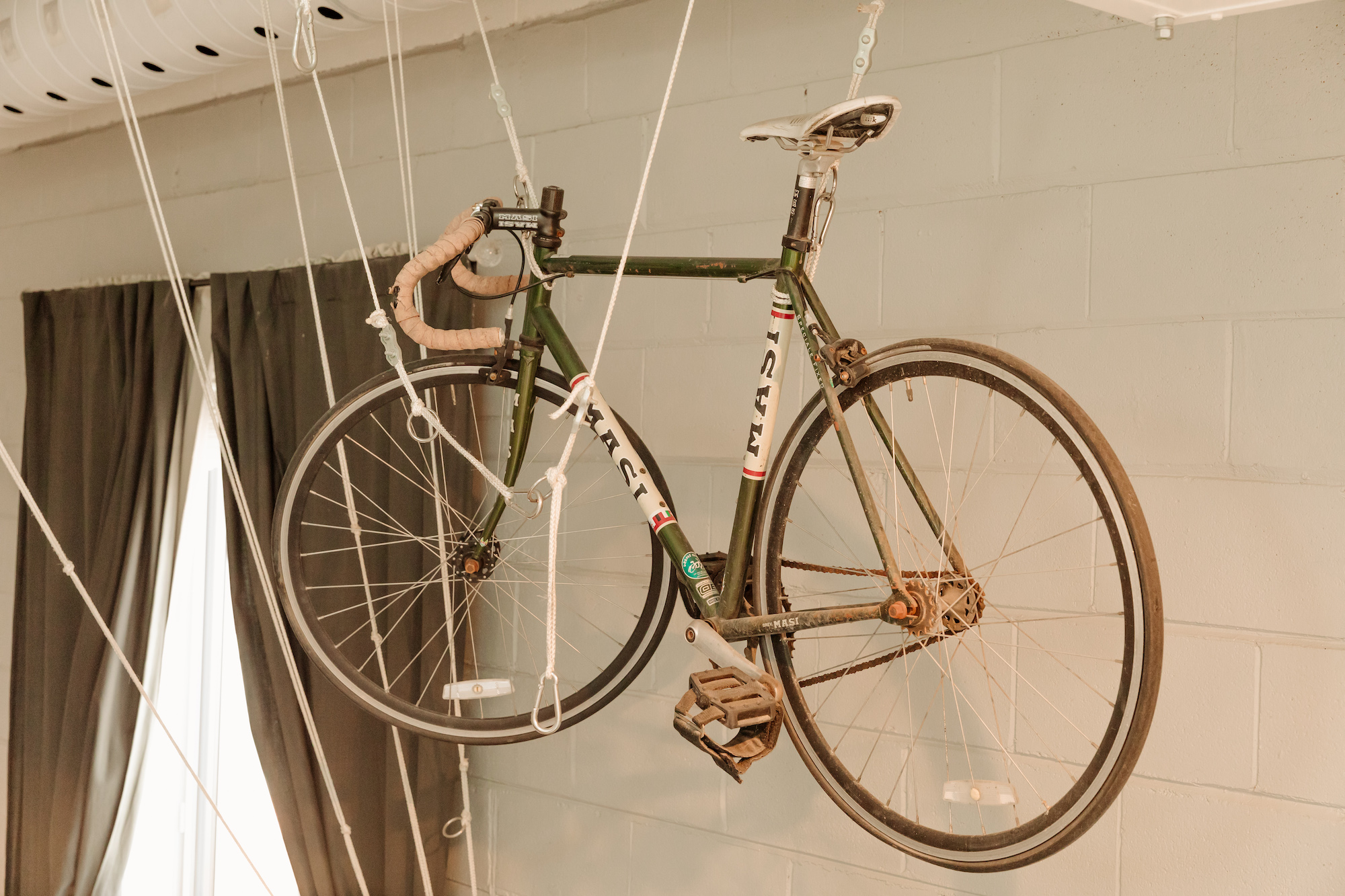