Renowned contemporary artist Alex Katz has created a 35,000-square-foot mural in The Woodlands®, Texas, commissioned by The Howard Hughes Corporation® to anchor a new 2.3-acre outdoor community gathering space in Waterway Square®. This significant new work by a leading figure in today’s art world will add a new attraction to one of the largest collections of outdoor public art in the country.

Alex Katz’s mural, titled Flowers, 2022, is hand-painted on a 358 x 105-foot wall on the south side of The Woodlands Waterway Square garage and becomes one of the largest art murals in Texas. The mural transforms the northeast corner of Waterway Square, engaging the last remaining inactive streetscape within the one-acre downtown public plaza that serves as a vibrant, walkable urban core in The Woodlands Town Center.

The artist said what excites him about this project is the immense size and how it will become a part of the community. “I think art belongs to all people,” said Katz. “Not everyone who sees art in a public space is a gallery or museum goer. This mural will give everyone something to think about—whether viewed from a distance, from a car, or up close. When one is standing next to the painting, it becomes environmental; you feel like you’re in the painted floral landscape.”

The Howard Hughes Corporation has always viewed public art as a way of creating a greater connection to and within the communities it builds. This work was commissioned purposefully to bring people together through shared appreciation of the beautiful convergence of nature and artistic design. 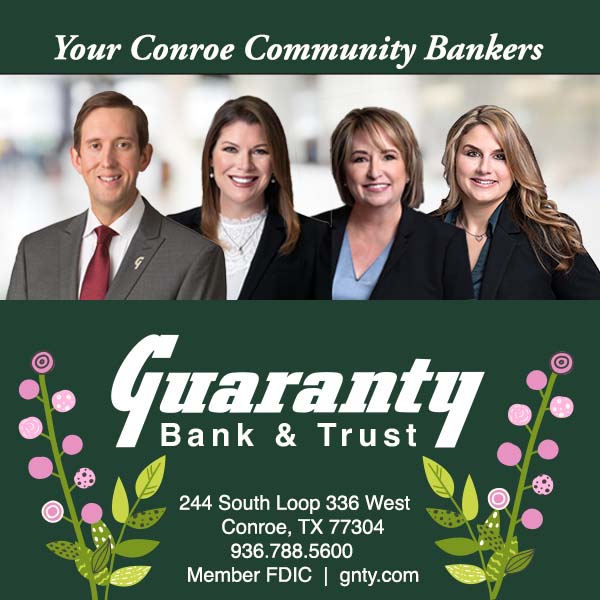 “We are driven by the accessibility of public art, its ability to help shape a community’s identity, and its powerful role in the placemaking process—and we think an Alex Katz artwork is an outstanding contribution to The Woodlands’ community,” said Jay Cross , President of The Howard Hughes Corporation. “This wall of flowers creates an uplifting, inviting environment that expands the open space in front into a lush and inviting community gathering place. The addition of this extraordinary mural enhances Waterway Square in every respect, resulting in a complete public square with everything you would hope to find—lively retail, performance space, places of repose and sumptuous landscaping organized on the edge of the famous Woodlands waterway.”

Alex Katz (b. 1927) is renowned for his paintings that examine the nature of representing the three-dimensional world on canvas in simplified portraits and landscapes. Katz developed his unique approach to contemporary representational painting at the height of Abstract Expressionism. Over the seven decades since his first exhibition his in 1954, he has produced a celebrated body of work, including paintings, drawings, sculpture and prints. A pre-eminent painter of modern life, he draws inspiration from films, billboard advertising, music, poetry and his close circle of friends and family. Primarily working from life, he produces images in which line and form are expressed through carefully composed strokes and planes of flat color.

Katz has created numerous public art projects throughout his career, including a Times Square billboard, an aluminum mural for Harlem Station, and a recent installation of 19 large-scale works on glass for the New York subway. His work has been the subject of over 200 solo exhibitions internationally, including at the Whitney Museum of American Art, New York; Institute of Contemporary Arts, London; Baltimore Museum of Art; Irish Museum of Modern Art, Dublin; Sara Hildén Art Museum, Tampere, Finland; National Portrait Gallery, London; Albertina, Vienna; The Metropolitan Museum of Art, New York; and more, followed by an upcoming career retrospective at the Solomon R. Guggenheim Museum, New York in 2022. Katz is represented by Gladstone Gallery, America, and Thaddeus Ropac, Europe.

The mural is the latest addition to Howard Hughes Arts (HHArts), a portfolio-wide arts initiative of Howard Hughes that is a natural extension of its long-standing commitment to celebrating the integral role of arts and culture in community-building.

“Art in The Woodlands began in the late 1970s with the placement of public art in every village and continues as an important community legacy to this day. Howard Hughes is proud to bring an artist of Katz’ status to The Woodlands and add a new artistic medium to the community’s acclaimed collection of outdoor sculpture,” says Jim Carman, President of the Houston Region for The Howard Hughes Corporation. “We look forward to engaging the community with this new work.”

A celebration for the new mural will take place as part of a free event the weekend of April 9 and 10 from 12 – 4 PM at the new outdoor gathering space, located at 1 Waterway Square, directly across from The Westin, in The Woodlands. Guests will enjoy live music from Houston area acoustic musicians, Joseph Rauma Duo, and local Americana and Country group, Charlie and the Regrets; food carts including signature mocktails and ice cream; the Texas Bubblers with giant bubble demonstrations; complimentary flower bar to create your own bouquets; sketch artists; origami lessons; and photos from a 360 degree spinning camera. Free memorabilia and a tote bag will be available while supplies last.

The mural will be completed in advance of The Woodlands Waterway Arts Festival. Culture Corps, based in New York City, is the art consultant for this project.