The day before the Puxi area was placed in lockdown, a group of construction site workers and some elderly residents in nursing homes in the Xuhui District received a special gift – vegetables brought by veteran Li Haizhu and his comrades from Shandong Province.

“Now that the shipment has arrived before the full lockdown, I feel relieved,” Li said.

Li had been extremely active over the last few days.

Residents in Pudong area, which was already under lockdown at that time, could also place an order, he said, and approximately 1,000 families received them.

Li Haizhu (third from the right) with his comrades and volunteers.

Li is a navy veteran now living in Xuhui District. He and some of his comrades his came to Shanghai a year ago, and are now establishing a digital service platform to help veterans find employment. In addition to their business, they are also much engaged in various social welfare activities.

After the resurgence of COVID-19 in Shanghai, Li wanted to contribute his share to his adopted city. Following discussion with some demobilized servicemen working at a vegetable production base in Shouguang city, Shandong, they began to explore the possibility of transporting some affordable vegetables to sustain Shanghai’s vegetable supply.

“I felt a little uneasy when first contacting them, because I said that our purpose was not to make money, but to provide low-cost vegetables to the Shanghai people,” Li said. “But they readily agreed and began to find vehicles.The people of Shandong are always so warm-hearted!”

On March 24, large trucks loaded with fresh vegetables left Shouguang and arrived in Shanghai in the early morning of March 26. 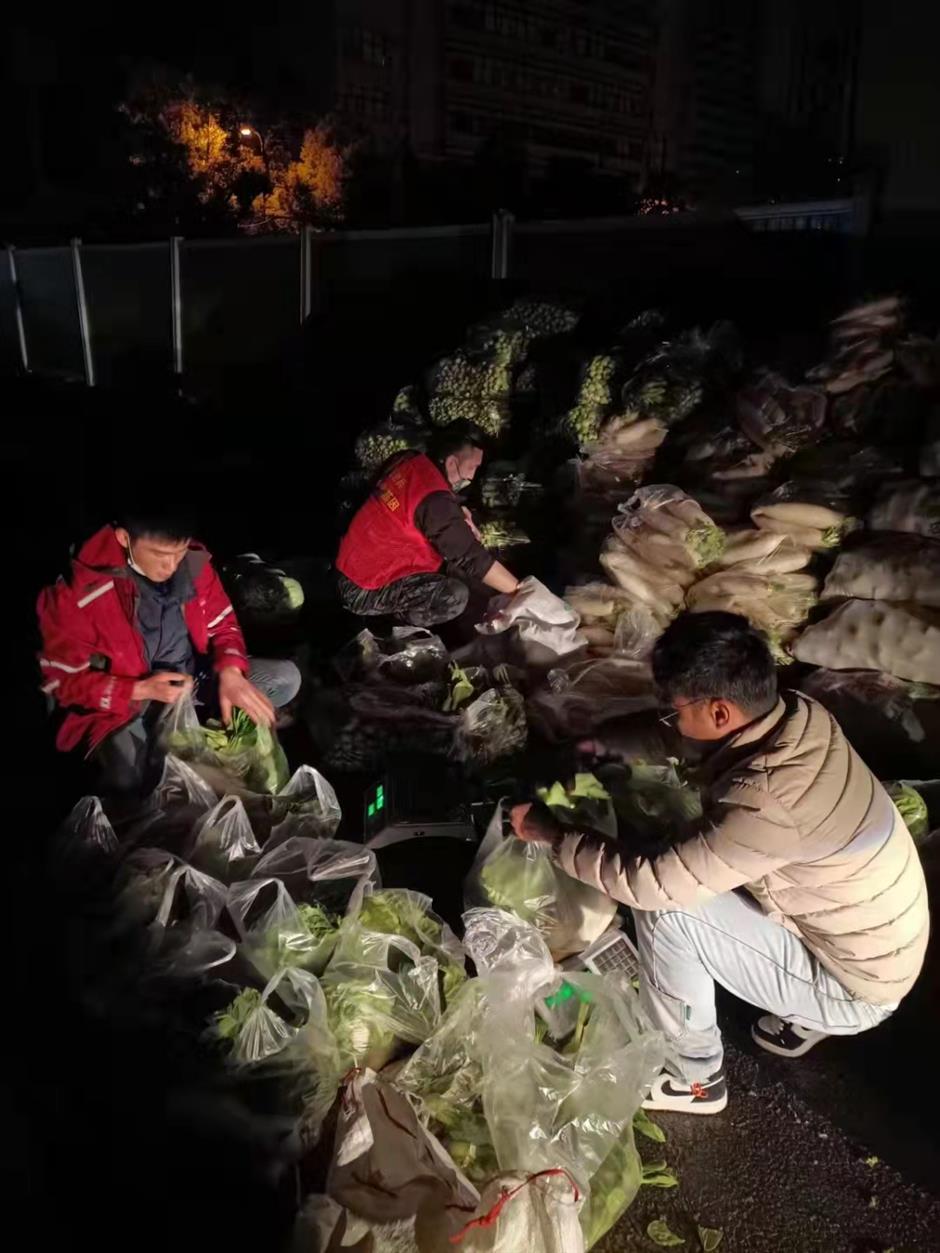 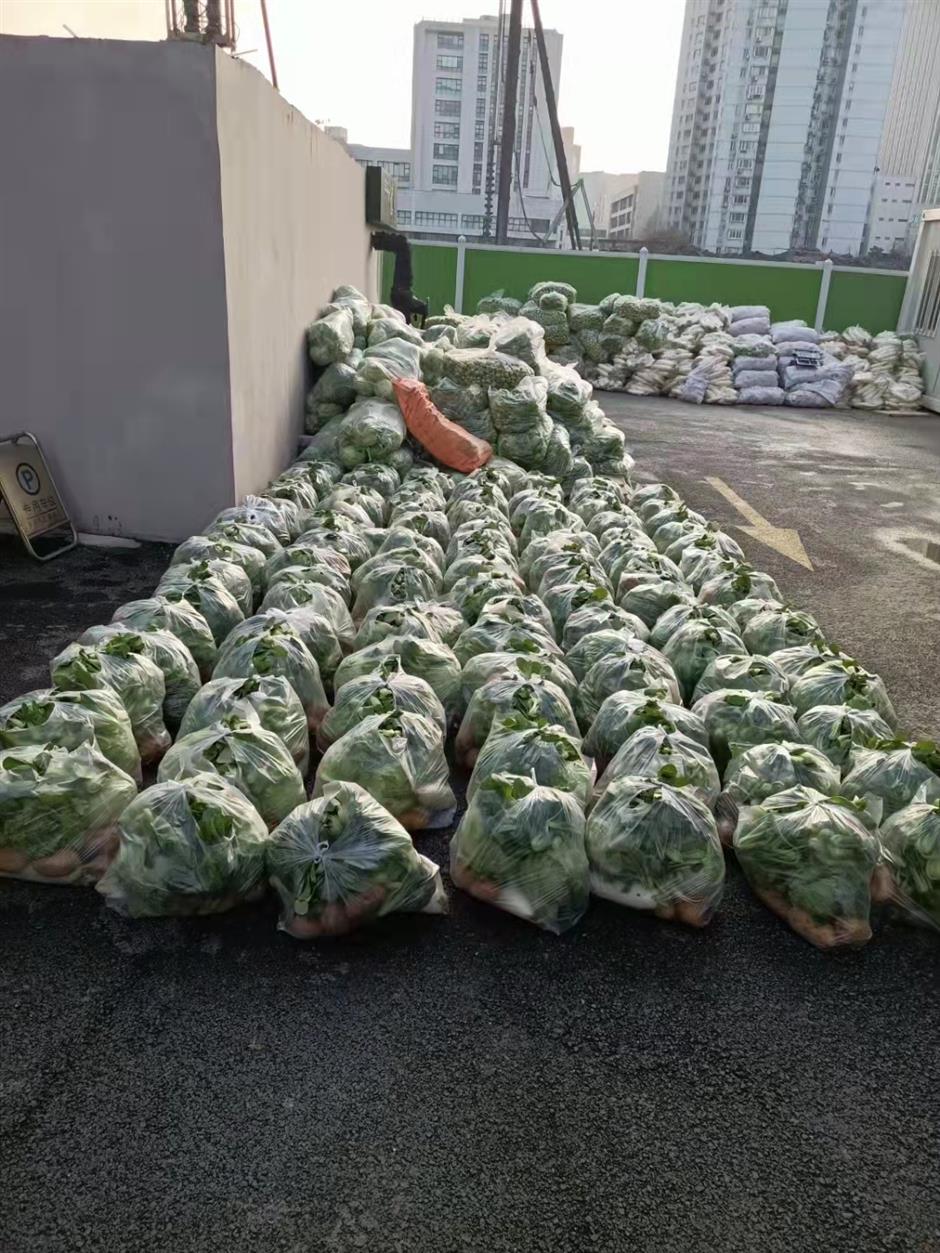 This batch totaled 10 tons of vegetables including white radish, cabbage, potatoes, and various greens. They were uniformly packaged, with four varieties in each parcel, and priced at only 50 yuan (US$8) per package.

“We did not include the labor costs, and we ensured that each unit would weigh 10 kilograms,” he said. “We former soldiers are honest about what we do.”

The arrival of the goods was only the first step. The more difficult part was packing, identifying the households most in need, and distribution.

Because the shipment arrived early in the morning when volunteers were few, it took Li and his comrades two hours to pack out only 200 packages. They were more efficient after being joined by some volunteers later in the day.

According to Li, they initially shared the information about these affordable vegetables on WeChat, so most of their orders came from individual households, and this significantly increased their delivery time.

To ensure that the vegetables could be delivered to as many households as possible, Li and the volunteers frequently worked late into the night, sometimes even until 6am the next morning, so as to speed up the delivery.

Meanwhile, to make sure that these vegetables were not ordered in bulk by unscrupulous buyers and then resold at inflated prices, they would scrutinize each purchase to ensure it was reasonable.

“Once I had to travel from Xuhui to Songjiang for delivery,” he said. “It was a two-hour-round trip and only served a dozen households. The cost was high, but we felt it was worthwhile to go ahead with it.” 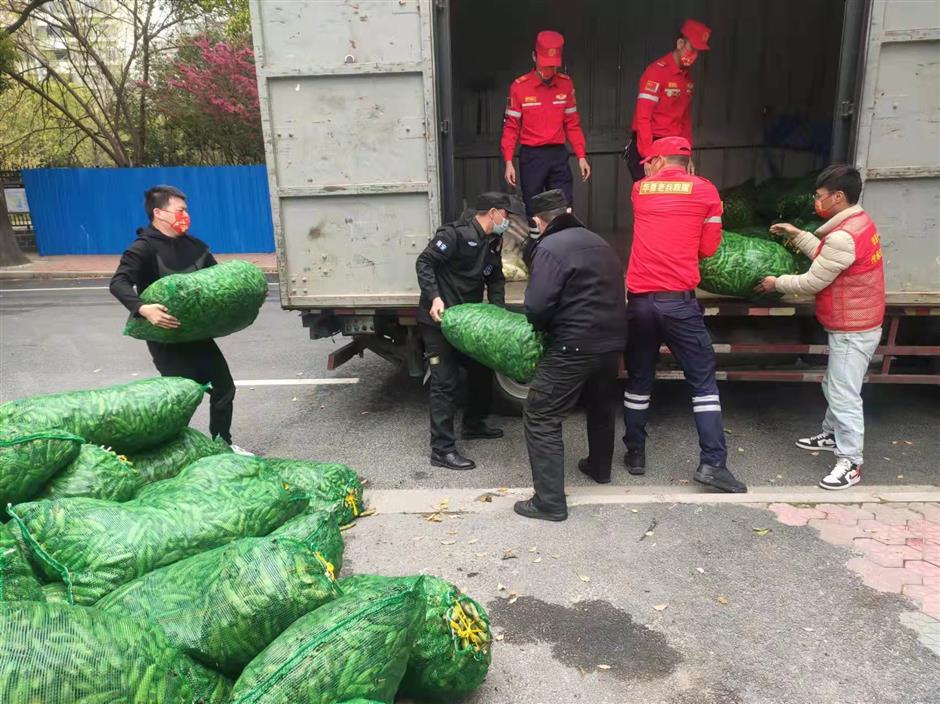 Potatoes and broad beans are loaded for delivery.

Li’s Shandong comrades sent three more shipments in the following days, each weighing 20 to 30 tons, with more varieties, including potatoes and broad beans that have longer shelf life.

Li said that although he received an avalanche of orders every day, he did not sell all the vegetables – he would save some of the best for people most in need.

“There are some construction sites and nursing homes nearby,” he said. “Those workers may have less access to information, and the elderly may not know how to use smart phones, so I decided to leave some vegetables especially for them. As gift, not for sale.”

Li was sorry that, for all his efforts, he has been unable to assist everyone in need. However, as he pledged, he and his comrades would devote more time to epidemic prevention work when the lockdown is lifted, to make the city a better place to live in.