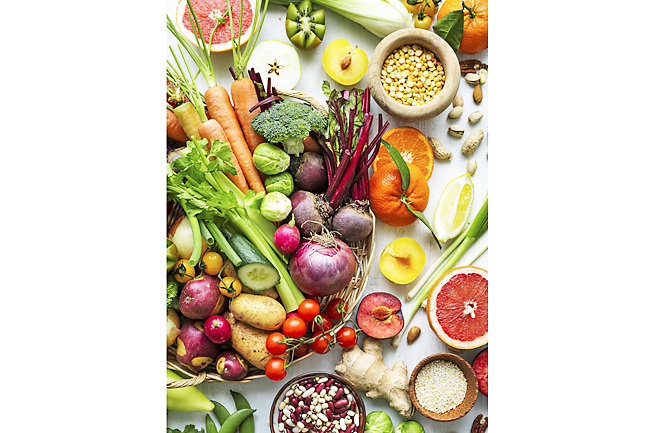 THE WASHINGTON POST – You’ve brought all your food home from the grocery store or farmers market. Now it’s time to unpack.

The task seems rote enough, but you’d be best served to at least put a little thought into it.

What you store where, and when, matters in part because of ethylene, a plant hormone that is responsible for ripening and can, over time or under the right circumstances, shorten shelf life and cause spoilage, said associate professor Laura Strawn, an extension specialist at Virginia Tech’s Department of Food Science and Technology.

The presence of ethylene and variations in how fruits and vegetables release or react to it mean that not all produce plays well together. Here’s what you need to know, and why it may not be a big deal if you sometimes get it wrong.

ETHYLENE PRODUCERS VS ETHYLENE SENSITIVE
When it comes to ethylene, “technically, the generalization of saying fruit are producers and true vegetables are sensitive is a safe logic to follow”, Strawn said.

Bananas, melons (such as cantaloupe, not watermelon), apples, tomatoes and avocados are prime examples of ethylene producers, hesaid.

But it’s a little more nuanced than either/or, as many ethylene producers are also sensitive to the hormone – they produce it to trigger their own ripening process.

Meanwhile, carrots, broccoli, greens and cucumbers are ethylene sensitive examples that do not produce their own ethylene.

Naturally, the division isn’t quite as clear cut once you dig a little deeper. “Humans love to categorise,” said professor Christopher Watkins, at Cornell University’s School of Integrative Plant Science Horticulture Section, who is the director of the Cornell Cooperative Extension.

But there are plenty of exceptions and variations. Production and sensitivity to ethylene can vary by variety or phase of maturity.

McIntosh apples, for example, produce lots of ethylene and are very sensitive to it (anyone who has had a mushy one can relate), while varieties such as Fuji and Pink Lady produce much less, Watkins said. A green tomato will be very sensitive to ethylene since it’s not ripe yet, but a red one less so.

Watkins noted that heirloom tomatoes from the farmers market that seem to turn the second you look at them wrong are more sensitive to ethylene than store-bought varieties.

CLIMACTERIC VS NONCLIMACTERIC
There’s another way to classify fruit, too, depending on whether they will ripen after they are picked. These are called climacteric, and will respond to the presence of ethylene by producing more ethylene.

The ethylene producers I mentioned above are climacteric, as are stone fruit, pears, kiwi and mangoes. (That is also why items such as bananas and tomatoes are often picked unripe and then either left to ripen on their own or treated with ethylene.)

In climacteric fruit, starch continues to be turned into sugar, improving texture and flavor, according to the Michigan State University Extension, which offers extremely helpful charts on all these categories.

Nonclimacteric fruits “don’t respond to ethylene with their own escalating ethylene production”, Harold McGee said in On Food and Cooking.

While they won’t get sweeter, other enzymes can turn them softer or improve aroma.

Citrus, grapes, cherries, berries (blueberries are somewhere in between), pineapple and watermelon are examples of non-climacteric fruit.

WHAT DOES THIS ALL MEAN FOR STORAGE?
“When you’re thinking about storing fruits and vegetables, in general, you want to avoid storing ethylene-producing produce items near ethylene-sensitive ones,” said postdoctoral associate Alexis Hamilton in Strawn’s lab at Virginia Tech.

Exposure to ethylene can cause broccoli and cabbage to yellow, cucumbers to pit and carrots to turn bitter, Strawn said. Lettuce and other greens, as well as some herbs, can also discolour or droop in the presence of ethylene.

“Reducing the unwanted effects of ethylene at home is as easy as storing these commodities in separate drawers or bags and in separate places in your refrigerator,” Hamilton said.